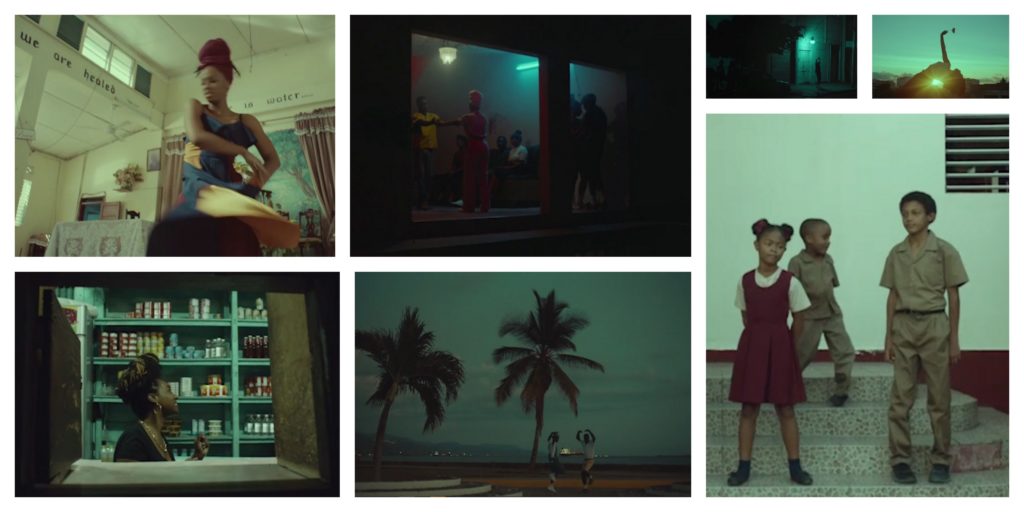 Be filled with peace and blessings. Because it’s been a week. So grateful that it’s Saturday, so I can rest and gather my reserves.

One of my favorite tweets from yesterday said that this week has been a very long month. That about sums it up for me on many fronts. From the political to the personal. I’m so happy that I got good news this week!

On the blog Swissmiss, I recently found a video called Hymn by VeilHymn. What a beautiful piece of art.

The visuals are stunning and the music is mesmerizing. Hypnotic. Soothing. Gentle. Everything this week was not. If you have a few minutes, take a look and get lost in it. I really like the chorus.

Today is also a new moon, so it’s also a great time to set intentions for the future.

Happy weekend to you.

Yes, technically this is a commercial for Lyft. But I’m a sucker for short films and good advertising.

I found this video on Crwn Magazine‘s website and adore it. It’s called June: Life is Better When You Share the Ride.

In an animated short film by Academy Award-winner John Kahrs, a lonely widow in historic South Chicago is inspired to start sharing the ride — and sharing her life, too. Featuring original song, “Movin,” written and performed by Lyft driver-turned-recording artist Sir the Baptist, who launched his music career after a connection with a Lyft passenger.

If you have a few minutes, it’s worth a watch. 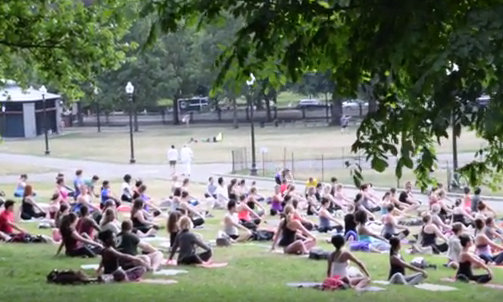 Wondering what it’s like taking a free yoga class outdoors? There are some videos by Michelle Garcia that will give you an idea. Take a look at Free yoga classes at the Boston Common 2.

In another video, Garcia interviews yoga instructor Genevieve Oba about the classes. Oba also teaches at Yoga Mandala in Winchester and at Gold’s Gym in Arlington.

She says that everyone should try yoga. Yoga is for everyone! Even if you don’t think you’re flexible! 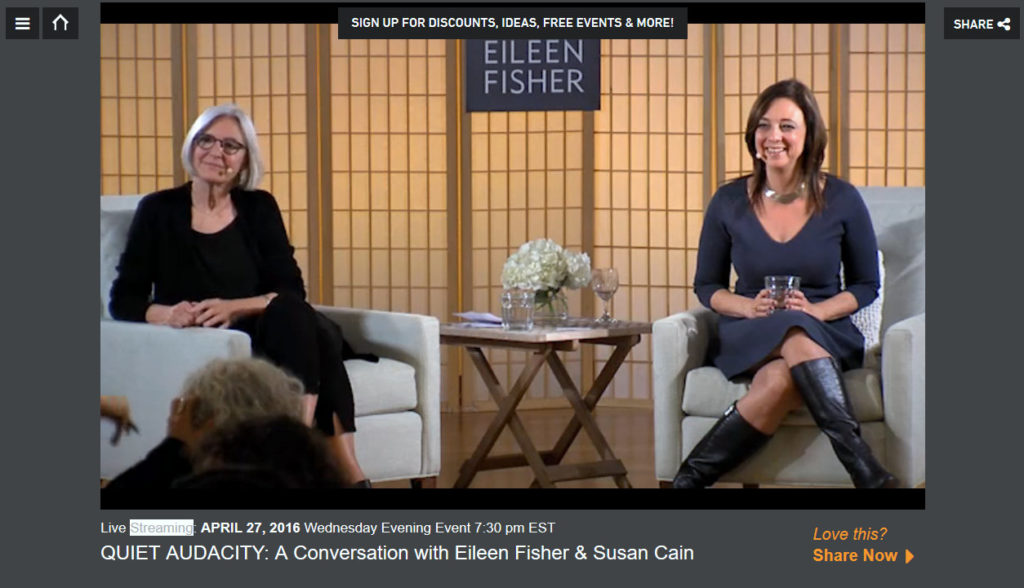 For people who are most beloved by the masses, one of the things that people most often say about them after they die is that they were always themselves. They were authentic.

Somehow during their lifetime, they found the courage to be true to themselves and showed it to the world. However, like most things in life, it’s easier said than done.

After the Memorial Service for Muhammad Ali yesterday, many of us have had the chance to reflect on his life. The choices that he made and what we most respect about those choices. He risked and lost everything in order to be true to his beliefs. He had moral integrity.

As we reflect on our own lives, it’s easier for some of us to take a stand in public than others. For those who are naturally extroverted, it may not be quite as difficult.  For the introverts among us, myself included, it’s a bigger stretch to speak out in public. Many of us are natural writers and work well behind the scenes.

I just watched this video showing a conversation about introversion between Eileen Fisher, famous clothes designer, and Susan Cain, who started a Quiet Revolution and has made it her life mission to show the value of introverts. One of her most recent projects is Quiet Schools Network, so that introverted students are not overlooked in school.

This video is inspiring to watch. It’s a bit long, just over an hour. But it’s well worth the time. I had not known much about Eileen Fisher, except for her beautiful clothes that I wish I could afford.

After watching, I learned that even though she built her widely successful business from the ground up, she was painfully shy and introverted. Which is probably why most of us have not known much about the woman behind the brand. She did not want a public life.

With Fisher’s recently launched Learning Lab, she is pushing her boundaries and working on this new project that means so much to her. It’s very much in the beginning phases, so she is bringing us along on the journey to see what it will become.

The actual lab is located in an historic building overlooking the Hudson River. She has events and workshops that you can attend in person, then she makes them available online for us to watch for free.

I love the idea of this experiment, because that’s all that life really is. We’re all just trying to figure it out and experiment with what could be.

So that we all can try to live a life as well-lived, remembered and cherished as Muhammad Ali. 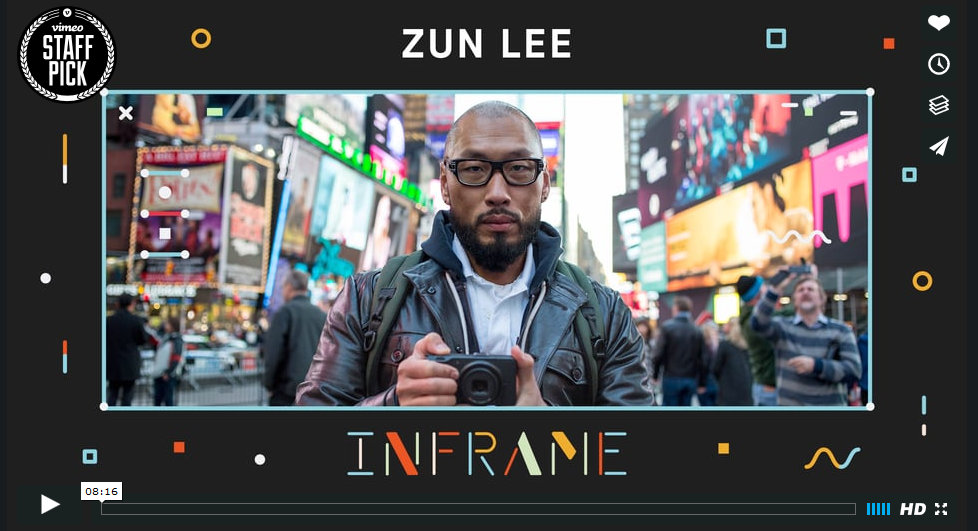 Yesterday I read an article on PetaPixel and learned about street photographer and physician Zun Lee. His work is tender and beautiful examining the complexity of what it means to be a father. The way he describes his craft and style is far better than I can do, so here is a snippet from his website.

As a clinician, I’m trained to work with people at their most vulnerable who grant me permission to invade their privacy. As a result, I have always had an intense interest in the dynamics of trust and control when it comes to that interaction. At best, it can reveal a unique connection, a kind of truth that would otherwise not be foregrounded.

When a human being connects with another and – even if for a split second – relinquishes a certain level of control, it is fascinating that complete strangers can share an alternate truth about themselves that was hidden not only to others, but perhaps even to themselves. It is in these moments that individual emotion transcends the personal realm and gains universally understood context.

Learning about his Father Figure project struck a deep chord with me as I read about it yesterday and looked at all the pictures. Today is my father’s 84 birthday. As I’ve mentioned before, my father has Alzheimer’s and it is absolutely heartbreaking. He still knows who I am, but is very confused most of the time and our immediate family is shaken to the core.

We do the best we can and focus on the time that we still have with him. I am so grateful for my father. The older I get, the more I see how lucky I was to get him as my Dad.

The timing of seeing this Father Figure project and trying to be a good daughter, especially on a day that was always important to him and our family has made me even more emotional. I was in CVS last night and saw a father and daughter out shopping together. I had a pang of sadness, then remembered that I had that. At least I had it.

Lee’s project focuses on photographs that break the cruel stereotype of the absent and uncaring black father and instead shows the strong and loving bonds between black men and their children.

Growing up I never thought of myself as a Daddy’s girl. Me and my father have definitely had our moments of major disagreements. We still do. Plus I’m very close with my mother. But a few years ago, one of my parents’ friends referred to me as a Daddy’s girl. I started thinking about it and maybe I am. For the time that I have left with him, I will relish the term.

I’m getting ready to bake my father’s favorite birthday cake and will have dinner with him, my Mom and my brother later today. Luckily, he still likes my baking! Though when I bake the cake now, I just do one layer. We all are watching our weight!

I find that what saves us all, is keeping a sense of humor and being grateful for so many wonderful memories of my childhood. Even as my father is losing his memories bit by bit.

If you have a few minutes, I hope you’ll watch the video about Zun Lee. He reveals his own family struggles and you can see more of his amazing work.