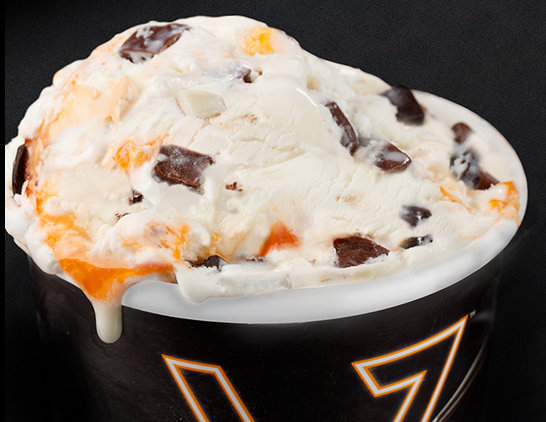 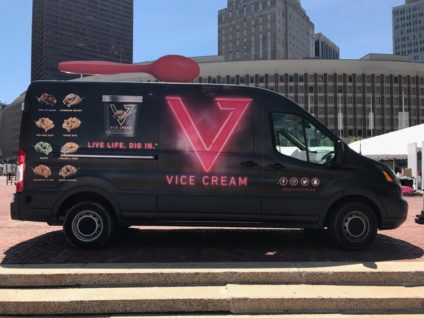 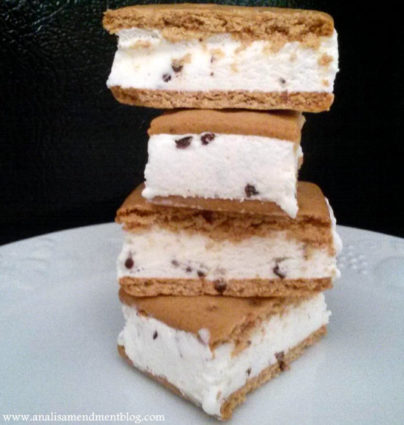 It was good, but not that exciting. We grew up and the novelty wore off. But things have changed.  There’s been a lot of innovation since we were kids.

A few months ago, I tried Stop & Shop’s Limoncello flavor and became rather obsessed with them. They are so good! But they are around for a limited time only. Sadly, I couldn’t find them the last time that I looked.

Ciao Bella makes Gelato Squares in flavors like Key Lime Graham and Sea Salt Caramel. A cold, creamy treat for those of us who have not seen our teen years in a while. Actually, some teens and younger might like these too.

Now for those of us in Massachusetts especially, Hood ice cream takes us back to our childhoods. Hood has stepped up their game with some new limited time only flavors as well.

Pictured above is S’mores. Which I ate right after photographing. Because it was melting. I couldn’t be wasteful could I?! 😋

I also bought the Cookies ‘n Cream, but haven’t tried them yet. Looking forward to it! July is National Ice Cream Month and we are now in the heart of summer. I’m looking forward to trying out more variations. Especially since it’s in the food blogger job description — that I just made up!

Today is also National Ice Cream Day, so you can get going on your summer consumption too! 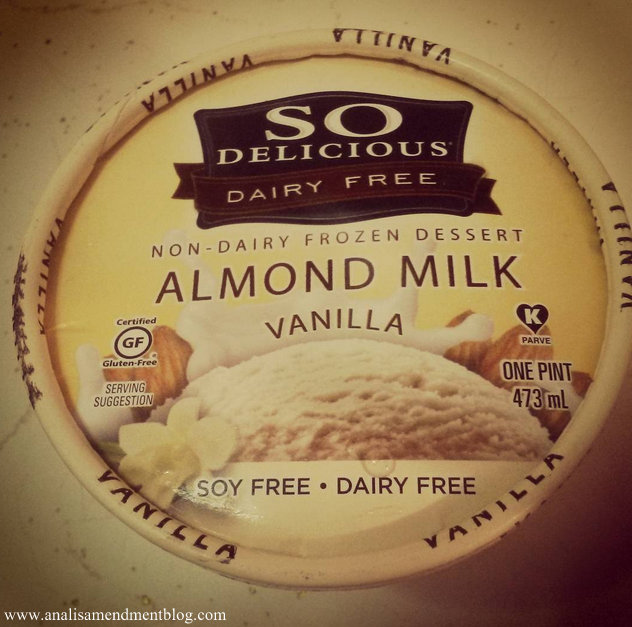 Soooo, this taste test. It wasn’t planned. But I found myself trying several flavors of So Delicious Dairy Free frozen desserts over the weekend and decided to blog it. Because why not?

I visited a few stores and kept noticing an ever expanding array of So Delicious Dairy Free products. I had no idea this brand included so many varieties of frozen treats! I definitely plan to try more. Especially with the weather heating up over the past few days. It hit 90 degrees in the Boston area for the first time this summer!

A few years ago, I had eliminated a great deal of dairy from my diet. First eliminating milk, then trying dairy free cheeses and making my own dairy free ice cream.

Since yesterday was National Ice Cream Day, I had ice cream on my mind. But recently I’ve realized that I’ve added a lot of dairy back into my diet. I love it, but feel like I need to dial it back a bit.

Since I don’t eat most meat, much of my protein comes from cheese and yogurt. I bought some dairy free cultured, but haven’t tried it yet. So let’s get to the taste test.

The first of the frozen desserts that I tried was the Creamy Cashew Cashew Milk. Hands down it was my favorite. Cashews are one of my favorite nuts. The texture and taste were perfect. I will definitely buy this again and try more of the cashew milk products.

Next up, the Vanilla Bean Coconut Milk. The texture wasn’t as creamy as I would like and the flavor was kind of bland. It wasn’t bad, but I don’t think I’ll buy it again.

The last that I tried was the Vanilla Almond Milk. The texture was very good, but again, the flavor was kind of bland. I think I’d try this product line again, but in a different flavor. The butter pecan looks like a good one.

So there you have it! If you’re looking for some dairy free frozen treats, you can definitely find one that you like. Just sample a few.

Happy Monday to you and stay cool!