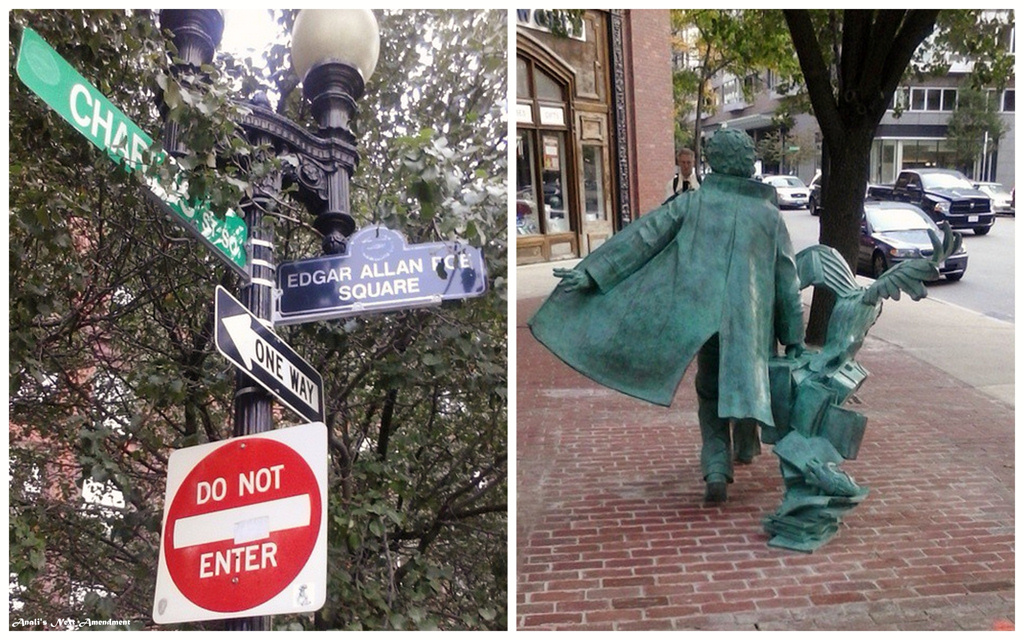 We had another unseasonably warm day in Boston yesterday. Since I was already downtown meeting with someone for an article that I am working on, I decided to enjoy the weather and walk around a bit afterwards.

Edgar Allen Poe is a favorite writer of mine, and a new statute of him was just unveiled in Boston this past Sunday, October 5th. 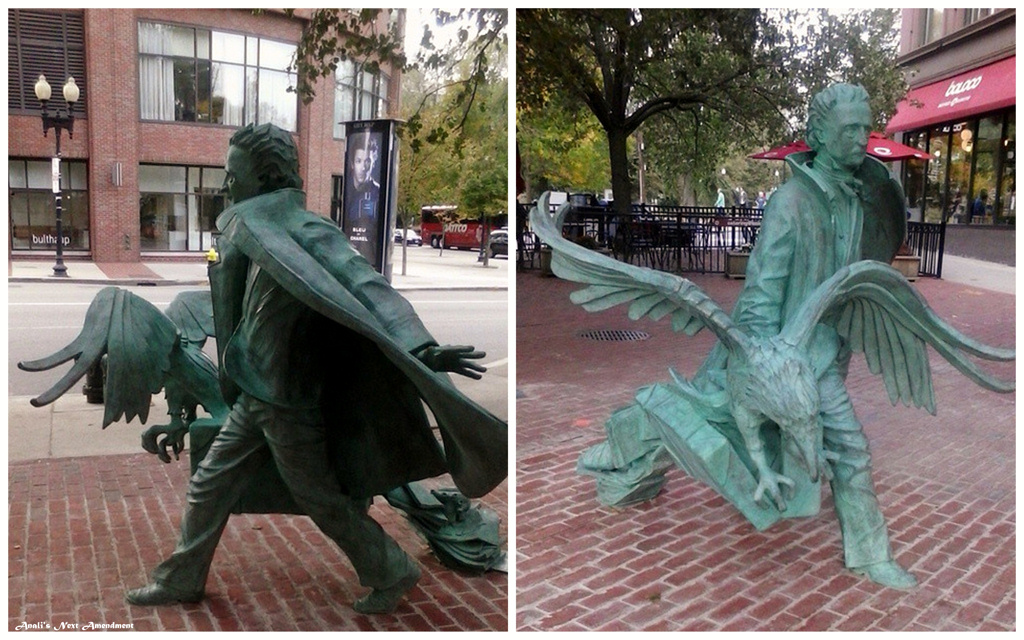 I walked over to Edgar Allen Poe Square and took a look for myself. It’s so much smaller than I expected! There were a few other people walking around looking and taking pictures too.

If you were walking and not paying attention, say looking down at your phone, it would be quite easy to smash into it and take quite a topple.

The directions that I was given by various people were sketchy at best. Let me give you the benefit of my wandering around and make it easier for you to find.

While I was admiring the statue, I couldn’t help but think about all the negative comments Poe made about the city of his birth. He was not fond of Boston.

Does he like this or is he rolling over in his grave? Something to think about with Halloween arriving soon and the man who wrote to terrify now conjured up and walking amongst us. The “Do Not Enter” sign appearing before him might just be taking on a whole new meaning…..

Did you know that today, October 2nd, is a national holiday celebrating batik? It is! In Indonesia.

According the Doodle page for National Batik Day, it sounds like a fun day.

Today’s a day of fashion for Indonesians everywhere as they mark National Batik Day. “Batik” is a traditional Indonesian cloth that has roots in the country’s historical artwork. In celebration of their culture, Indonesians dress head-to-toe in “Batik” for the holiday.

There are different cultural events going on this month to celebrate this textile that is important to not only the history of Indonesia, but also for commerce.

I’m trying to think of something similar that we have here in the United States, but I’m drawing a blank. Can you think of a similar American holiday?