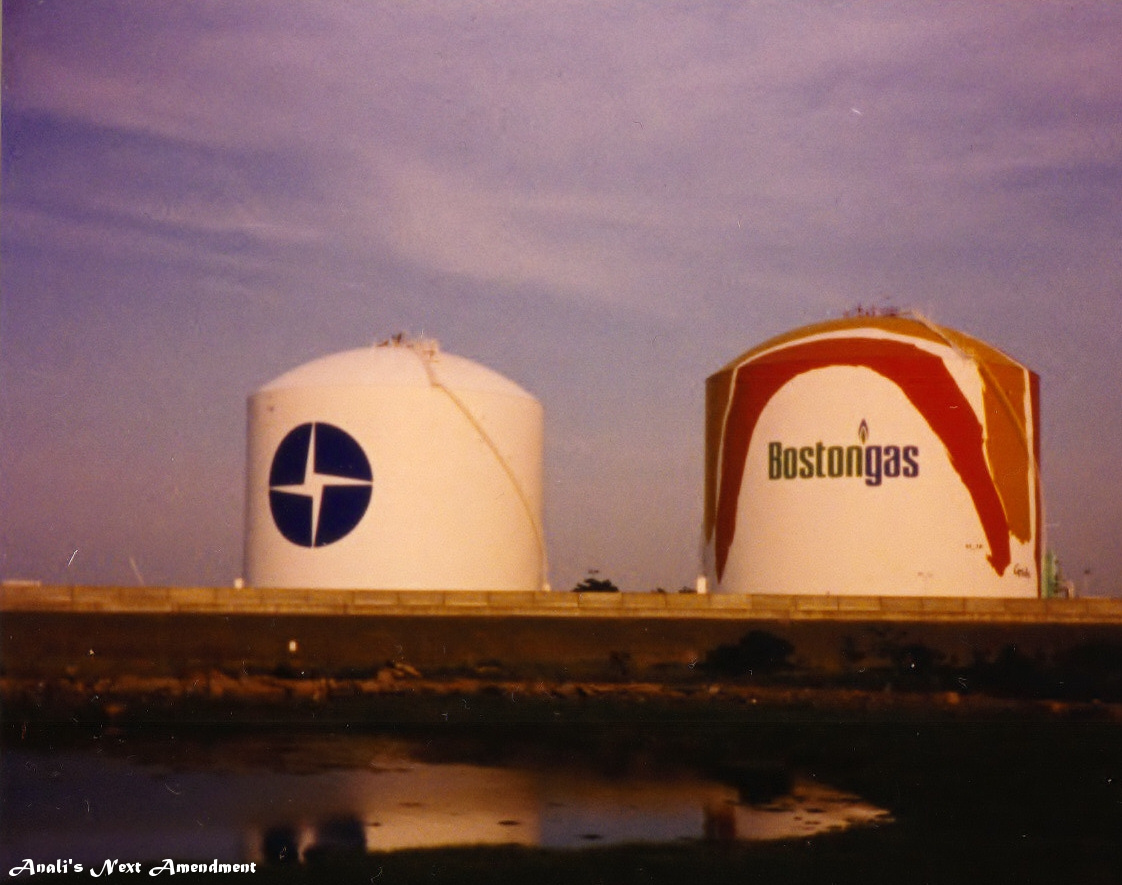 After reading a recent article about Sister Corita Kent, it reminded me of my 1991 picture of the two gas tanks. Now there is only one gas tank, but thankfully the beautiful art of Corita Kent was preserved.

As a child, I used to be so excited when I would see the familiar Boston landmark. The big splashes of bright colors painted on one of the two gas tanks as my father drove our family into Boston countless times on the expressway. Until I saw that gas tank, I never thought about art being placed on objects that weren’t necessarily art. Corita Kent brought art to the masses even if you weren’t looking for it. There it was.

On January 31st, an exhibit of her work will be opening at The Andy Warhol Museum in Pittsburgh called Someday is Now: The Art of Corita Kent. The exhibit will be there until April 19th and covers more than 30 years of her work. Below is an excerpt from the website.

In her rich and varied career, she was a designer, teacher, feminist, and activist for civil rights and anti-war causes. Her thousands of posters, murals, and signature serigraphs reflect these combined passions for faith and politics. Kent became one of the most popular graphic artists of the 1960s and ‘70s, and her images remain iconic symbols that address the larger questions and concerns of that turbulent time and continue to influence many artists today.

While several exhibitions have focused on Corita’s work from the ‘60s, Someday is Now is the first major museum show to survey her entire career, including early abstractions and text pieces as well as the more lyrical works made in the 1970s and 1980s. The exhibition also includes rarely shown photographs Corita used for teaching and documentary purposes.

This looks like a great exhibit if you get the chance to go. It appears to be traveling to different cities, so maybe it will stop by a location near you.