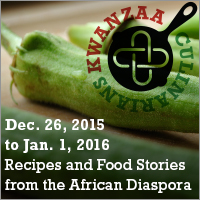 In case you haven’t checked out Kwanzaa Culinarians yet, now is the perfect time!

There are new food stories and recipes to see. Plus you can read the archives as well.

My latest post is called On Community, Connection, Balance and Breakfast. 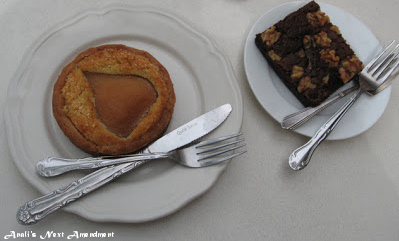 Often I don’t plan on writing serious blog posts. But then after certain events take place, combined with reading a series of articles, comments and other blog posts,  I can’t help but respond.

Listening to the #blacklivesmatter discussions over the past few months, it made me think that white men with black partners need to organize.

They are part of the power structure based on their race and gender, but have a unique perspective based on love. As part of the same group, it might be easier for them to talk to other white men, white women and others who may mistakenly believe that we are living in a post-racial America.

This past weekend, I read an article on LinkedIn about how PwC is specifically focusing a diversity initiative on white men. One of the goals, according to the article, is getting white men to acknowledge that they have a race and gender. While I don’t know how well the program actually works, it seems like a good start.

Yesterday, I read a blog post by Tim of Lottie + Doof discussing the need for more diverse voices in food writing. See an excerpt below.

Food media mostly exists as a circle of white, liberal arts grads with enough financial security to have interned for free during college, live in Brooklyn, and eat out every night. Everyone is friends, it’s how you get jobs. …

The results of this culture are far more serious than just the armies of whiteness staring back at us from mastheads. It is creating an insular, homogenous, and out-of-touch world that does not reflect our actual world and excludes many people. …

Diversity (in all its forms) should be embraced because diversity is what makes the world interesting. … The world of food is so much more interesting than any mainstream media (and most independent media) would have us believe. The view is so narrow. I’m happy to hear what a bunch of 20-something white women are cooking, but where is everyone else?

Tim’s post brought up many different issues. Not just race, but class, education and age as well. While the question “where is everyone else” may be rhetorical, I gave a real answer in the comments.

Just in case anyone is looking for food writers of color, the Kwanzaa Culinarians website is a great resource. It’s not just about Kwanzaa. The site is a way for those of us who are of African descent to find each other, gather together in a single space and write about what we love — food. There are wonderful food stories and links to our personal blogs and websites.

Definitely a fuzzy line on diversity, because those who can afford nice cameras and the time to cook and blog are (probably) not low-income single parents of color and we as readers probably should take more responsibility in demanding different and diverse content.

I was reminded of the TED Talk by Chimamanda Adichie, “The danger of a single story.” In the talk, she says, “Show a people as one thing, as only one thing, over and over again and that is what they become.”

When the writer of the comment and maybe many others think of diversity, is that what they think of? A low-income single parent of color?

The danger of a single story. Diversity = a low-income single parent of color.

There can be diversity in food writing with people of color who may or may not be part of this single story. We are African-American. We are Latina. We are Caribbean. We are educated. We are middle class. We are amazing writers. We are many things. We are not a single story.

Kwanzaa Culinarians is back for 2014 starting today, with recipes and food stories from the African diaspora.

Tasty and insightful new content will be posted each day in December and through the end of Kwanzaa on January 1st.

I hope you’ll go over to the website and take a look. The first new post was written by me. Did you know that today is Rosa Parks Day? Well, it is.

I made her pancake recipe and shared some thoughts about quite a few things. Take a look at the new post, Rosa Parks Day + Pancakes.