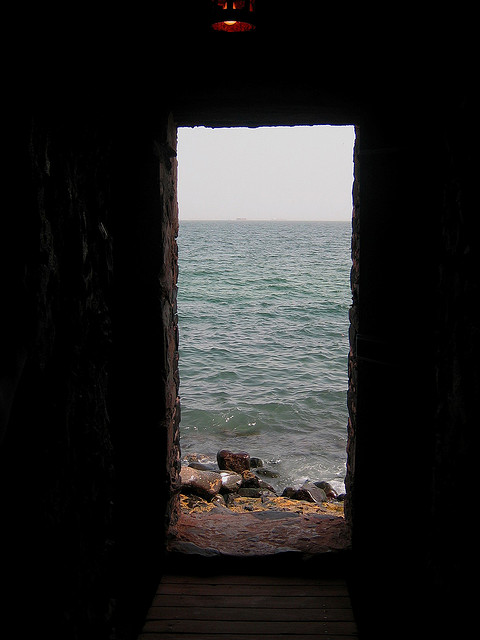 Thanksgiving was wonderful yesterday. Lots of family, friends, laughter, good food and conversation. Some of the conversation turned to Ferguson and the horrible grand jury decision.

I’m sure that for every African-American family around the country, the conversation over many Thanksgiving meals eventually turned to Ferguson. How could it not? As black people, we are feeling besieged. How could we not?

While Black Friday is usually about Christmas shopping, I’ve never been part of that mad scene and avoid it at all costs. This Black Friday post is about to get real, so hold on.

What strikes me as more fitting is that  many are focusing on the one trillion dollars of buying power by black consumers and deciding to withhold that buying power today. #NotOneDime and #BlackoutBlackFriday are hashtags on Twitter. Since early this morning, #NotOneDime has been trending nationwide.

I have so many feelings about the violence being done to black people by white police officers seemingly everyday. It’s scary. It makes me mad and sad. Last week I watched the final episode of Finding Your Roots with Henry Louis Gates, Jr., so I was already thinking about history and all that African-Americans have endured in this country. So much progress has been made, but so much racism continues. In case you haven’t watched the show, I highly recommend it. Gates really brings history to life and shows that so much of it is available to us. He has researched the family trees of many celebrities, some who are African-American and has found records of the plantations where their ancestors were enslaved and found the names of the families who owned them. These records exist.

When arguments were made against slavery reparations in the past, one of the things said was that it would be impossible to find out who are the descendants of slaves. That is not true. His research has shown that the information is available and he has some of it.

I believe that one of the reasons why so many don’t understand that racism still exists is that the issue of slavery has still never truly been dealt with in this country. Since 1989, United States Representative John Conyers, Jr. has put forth bill H.R. 40 during each session of Congress — “Commission to Study Reparation Proposals for African-Americans Act.” Enacting this legislation and seriously studying reparations would be a start.

In The Case for Reparations, an article written by Ta-Nehisi Coates, he mentions a case out of Massachusetts. Below is an excerpt from the article.

In 1783, the freedwoman Belinda Royall petitioned the commonwealth of Massachusetts for reparations. Belinda had been born in modern-day Ghana. She was kidnapped as a child and sold into slavery. She endured the Middle Passage and 50 years of enslavement at the hands of Isaac Royall and his son. … Belinda Royall was granted a pension of 15 pounds and 12 shillings, to be paid out of the estate of Isaac Royall—one of the earliest successful attempts to petition for reparations. …

“A heavy account lies against us as a civil society for oppressions committed against people who did not injure us,” wrote the Quaker John Woolman in 1769, “and that if the particular case of many individuals were fairly stated, it would appear that there was considerable due to them.”

As the historian Roy E. Finkenbine has documented, at the dawn of this country, black reparations were actively considered and often effected. Quakers in New York, New England, and Baltimore went so far as to make “membership contingent upon compensating one’s former slaves.” In 1782, the Quaker Robert Pleasants emancipated his 78 slaves, granted them 350 acres, and later built a school on their property and provided for their education. “The doing of this justice to the injured Africans,” wrote Pleasants, “would be an acceptable offering to him who ‘Rules in the kingdom of men.’ ”

Living in Massachusetts, I found this especially poignant. The Quaker connection I also found particularly interesting in light of a recent lawsuit against Quaker Oats by the descendants of the woman who is alleged to be the face of Aunt Jemima. A CBS report explains.

The Aunt Jemima brand was built around the caricature of a post-slavery black woman.

“She was developed a long time ago as a kind of a group of stereotypes distilled into a single person,” Adweek writer Sam Thielmann said.

Over the years, her depiction has evolved, but not enough for a family that said their relative’s image made the company famous. …

A lawsuit filed in federal court alleges Quaker Oats stole recipes from Anna Short Harrington in the 1930s and failed to pay her royalties on products bearing her image.In the complaint, her descendants say Harrington had a contract with Quaker Oats that was never honored.

Writing this blog, I receive press releases about all sorts of things. Two releases that I’ve received over the past several days really upset me. Especially in light of what I have just written. I will not give the name of the place, because I don’t want to give them any publicity. It’s a southern plantation that now is a bed and breakfast.

Special events, tours, weddings, bird watching and picnics are mentioned. “When it comes down to it, there’s not much to not love about this historical bed and breakfast,” the release boasts. Seriously??!!

They have kept the word “plantation” in the name. The website shows pictures of slave shacks. It is very cavalier about the mention of slaves and the emotional perspective is definitely that of the slave owning family that suffered during the Civil War. From what I’ve learned over the last year or so, many people have events and stay in these renovated plantations where they can hark back to the good ol’ days. Like Paula Deen. Below is an edited excerpt from the site with the name removed and absolutely no link to them.

this Mansion offers the charm of Southern days gone by. Here you will find the elegant Southern wedding of your dreams or a peaceful retreat for corporate and social gatherings. With historic and local attractions within easy drives and award winning vineyards just around the corner, ____ Plantation makes a great place to come home to after a day of adventure.

Plantations were places where some of the worst violence and terrorism in this hemisphere happened to black people. Plantation B&Bs should not be places to go and enjoy thinking about the past. Plantations should be places where the history of slavery is taught and all money earned or donated goes towards reparations to the descendants of slaves.

To all those who represent slave plantation B&Bs, stop sending me your press releases. I will NEVER use my voice to help you further profit from the horrible institution of American slavery. Ever.