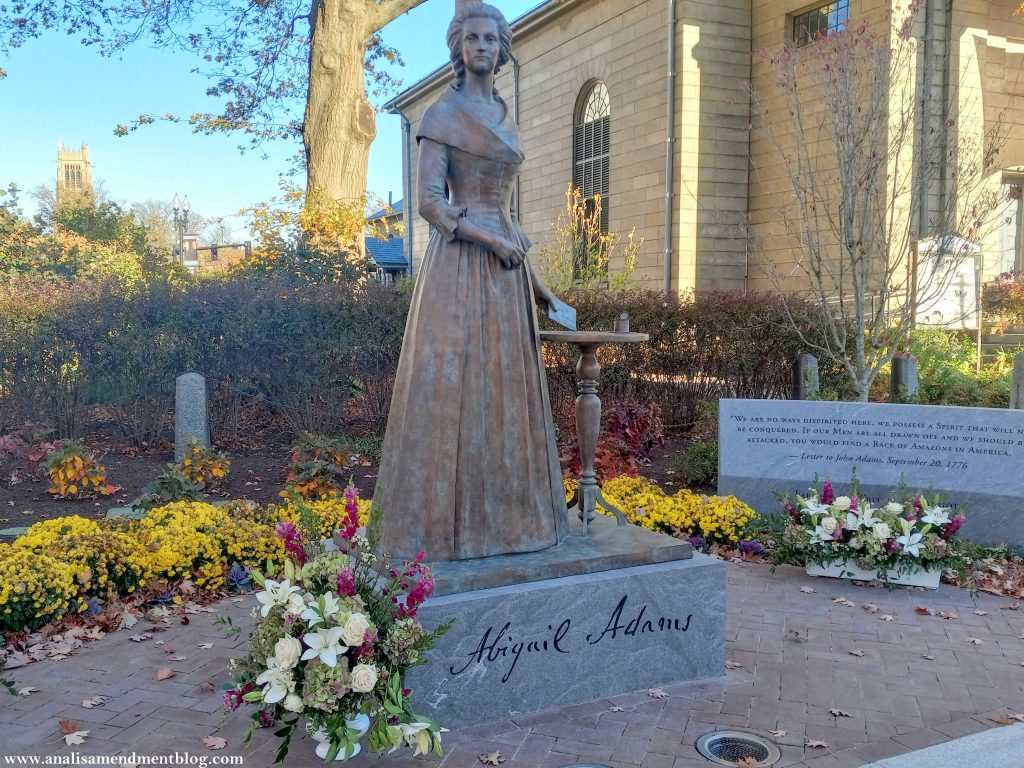 Maybe it’s because I live in Quincy. The one in Massachusetts, that is. Or because I feel a strong sense of history. Possibly both.

Whatever the reason, whenever there is an election where democracy hangs in the balance, which seems to be every election now; I find myself making a pilgrimage of sorts to places dedicated to the Adams family. One “d” not two! The presidential family, not the fictional funny/creepy one.

Anyway, soon after the 2020 election, we Americans, and probably most of the world, wondered if there would be be a peaceful transfer of power. To calm my nerves, I wandered around the garden at Peacefield. I sat and looked at the most magnificent tree. I thought about the depth of the tree’s roots and the depth of our democracy. Immersed myself into the feel of that place and called on the spirits of this old Quincy family to help democracy hold. Because if anything was important to former presidents John Adams and John Quincy Adams, it was democracy and this lovely place where they lived.

And here we are again. It’s Saturday, November 12th. The midterm election was only this past Tuesday, but it feels like it was weeks or months ago. Partly because Twitter’s new owner is causing complete chaos. Vote counts continue, so we still don’t know who will control the House or Senate. 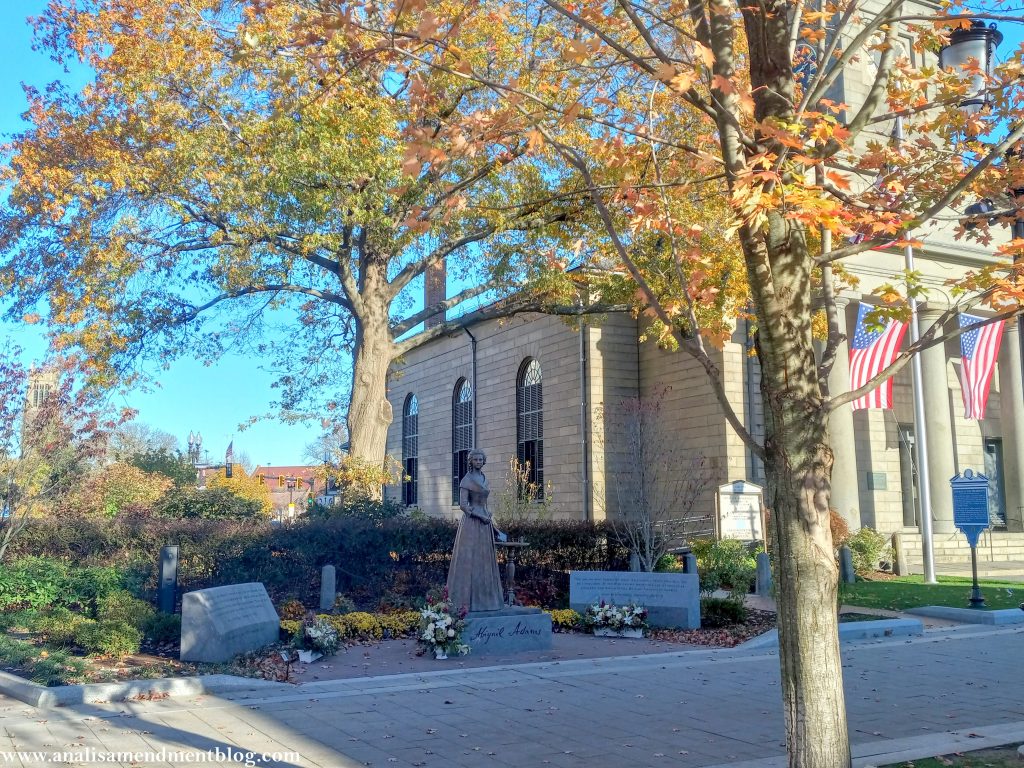 Last Saturday, the city of Quincy recognized another member of the Adams family with a new statue. This time it was finally for a woman! The magnificent Abigail Adams! Unfortunately, I wasn’t able to attend the ceremony that day. According to an article in The Patriot Ledger, the sculptor, Sergey Eylanbekov, also created the nearby John Adams and John Hancock statutes. His work is beautiful.

To vote for this election, I had my ballot mailed to me and on Monday, I dropped it off at Quincy City Hall. The new memorial is right across the street, so I walked by it. While I was there, several other people stopped to look and take pictures. Again, I called on Abigail’s spirit (and the rest of her family!) to help democracy hold, because it’s still faltering.

A couple of years ago, here in the United States, society was toppling, tearing down, removing, renaming and sometimes defacing statues. Most with good reason in my opinion. It’s nice to see someone remembered who was by most, if not all, accounts a kind person, intelligent and forward looking.

Some quick research shows that there may be some disagreement on the day she was born. Most places, including the National Park Service, give the date of November 11, 1744. However other places, including part of the memorial pictured below, give the date of November 22, 1744. The White House just gives the year. Either way, it’s around that time now, so either early or belated 278th birthday Abigail Adams! 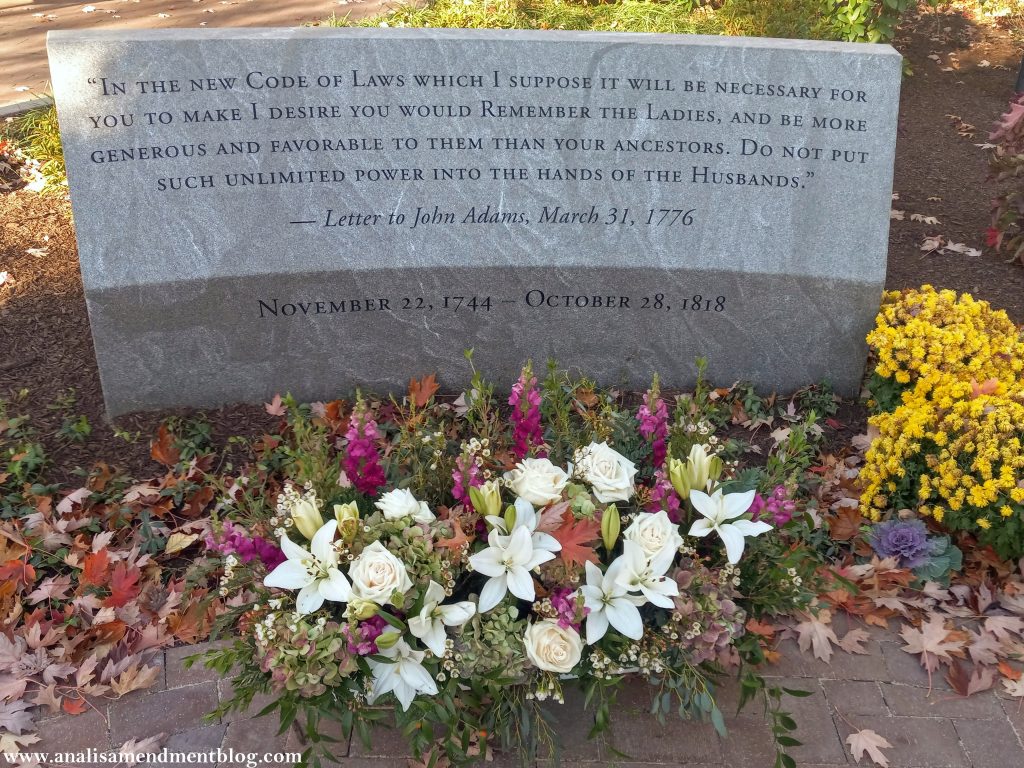 She was our nation’s second first lady, the mother of the sixth president, against slavery and wanted better treatment for women.

One of her most famous quotes, from a letter dated March 31, 1776, to her husband, was memorialized in the picture above. But it’s not the original spelling or the full text as written by Abigail. The Massachusetts Historical Society has archives of her letters and they are available on the website. Below is more from the letter with the original spelling.

“I long to hear that you have declared an independency — and by the way in the new Code of Laws which I suppose it will be necessary for you to make I desire you would Remember the Ladies, and be more generous and favourable to them than your ancestors. Do not put such unlimited power into the hands of the Husbands. Remember all Men would be tyrants if they could. If perticuliar care and attention is not paid to the Laidies we are determined to foment a Rebelion, and will not hold ourselves bound by any Laws in which we have no voice, or Representation.”

Abigail Adams was right. We women did have to rebel and did not hold ourselves bound by laws not giving us a voice or representation. Otherwise we would never have gotten the right to vote or the right to own property.

Credit cards were created in 1958, but only for men. Women couldn’t open a credit card in their own names until 1974! We would have never had reproductive choice without rebellion. And we are still fighting. Sometimes the same fight over and over again.

The constitutional right to an abortion was only decided in 1973 and we lost that right just this year. The more things change, the more they stay the same. But just like Abigail, we women have to adjust to our current circumstances so we can survive. Then fight and keep looking to the future. 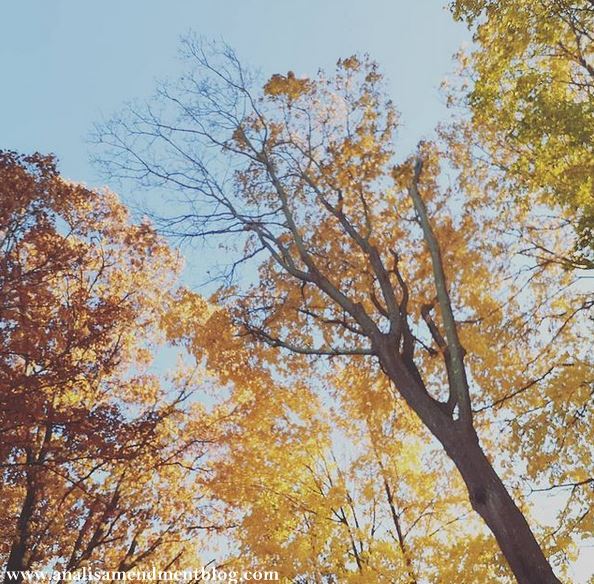 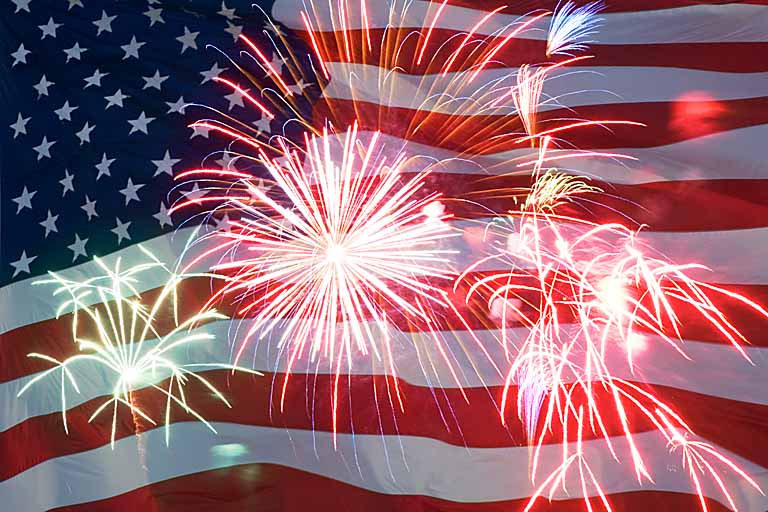 The Second Day of July 1776, will be the most memorable Epocha, in the History of America. I am apt to believe that it will be celebrated, by succeeding Generations, as the great anniversary Festival. It ought to be commemorated, as the Day of Deliverance by solemn Acts of Devotion to God Almighty. It ought to be solemnized with Pomp and Parade, with Shews, Games, Sports, Guns, Bells, Bonfires and Illuminations from one End of this Continent to the other from this Time forward forever more.

Letter from John Adams to Abigail Adams, 3 July 1776, “Had a Declaration…”