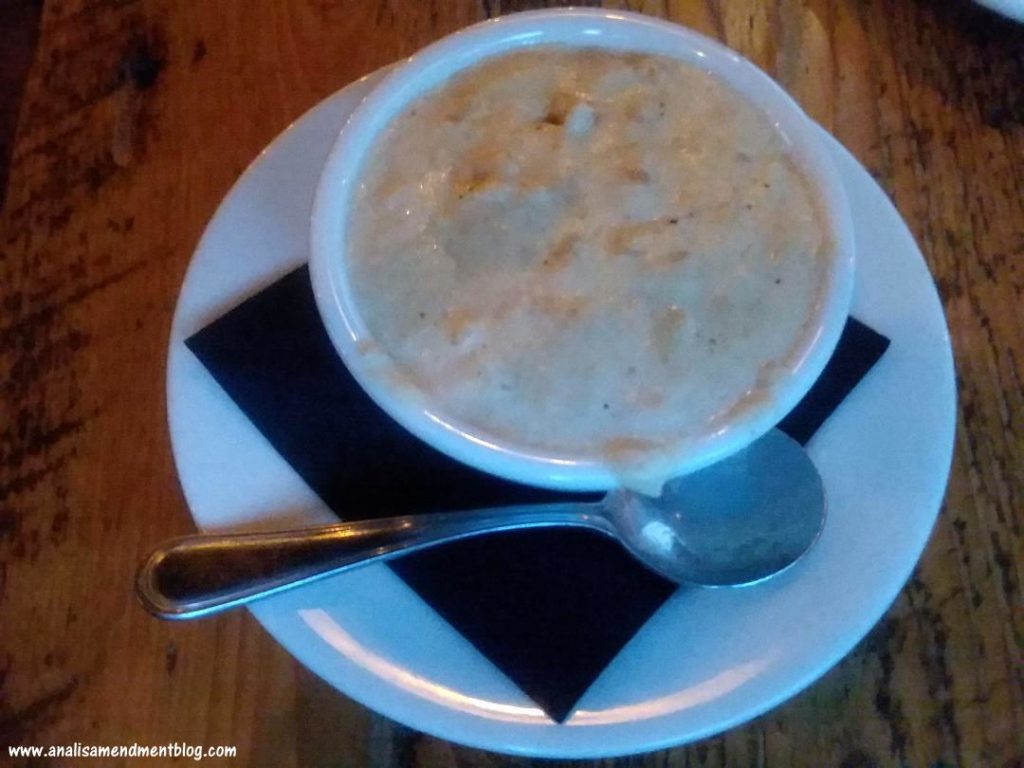 While I’m more of a baker than a cook, and known for my sweet tooth, there’s another side to me. A savory side.

That side especially shows itself when the temperature dips and the winds pick up. Unless I’m outside in the sweltering heat of summer, I’m probably feeling cold.

Growing up in New England, chowder was a staple – especially clam chowder. So when there’s a chill in the air and I’m thinking about food, I think about chowder.

Over the past few weeks, I’ve been thinking that I’d like to try the chowder at different restaurants and make a chowder catalog. I decided to set up a separate Twitter account to do this. Because so much of my main Twitter is politics, this will be a dedicated feed of chowder.

My plan is to share chowder recipes, history, trivia and places where you can eat some good chowder.

Why chowdah? Cause that’s how we say it here!

Yesterday, I visited a new restaurant in Quincy called Brick & Beam. It was my first time trying the restaurant and I was pleased. The ambiance is nice and it’s very close to where I live. The service was good too and I plan to go back for a full meal at some point.

I had a cup of clam chowder for a warm late afternoon snack. It was piping hot and soothing for the soul. The wind was whipping outside and I was glad to escape the chill. The flavor of the chowder was good. But it was a bit thicker than I prefer. Everyone has their own preference when it comes to consistency. For someone else, it would have been just right.

2 thoughts on “The Chowdah Project”