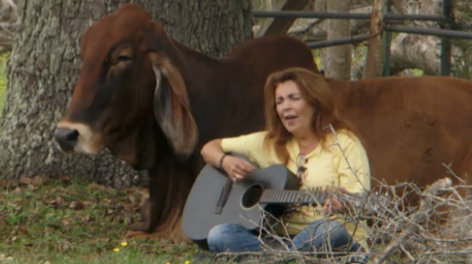 Earlier I was watching CBS Sunday Morning and absolutely adored a story about Tommy and Renee Sonnen.

Below is a portion of the  story found on the CBS Evening News website.

What Tommy didn’t know was that Renee had been secretly posting a blog called “Vegan Journal of a Rancher’s Wife.” She attracted thousands of followers. Through those contacts, Renee was able to raise $30,000 — enough for a hostile takeover.

Take a look at the video and learn how Rowdy Girl Vegan Farm Animal Sanctuary came to be.