“Like” Free Yoga Boston on Facebook to get updates to the class listing and find shorter-term classes and last minute classes that are not added to the big list. 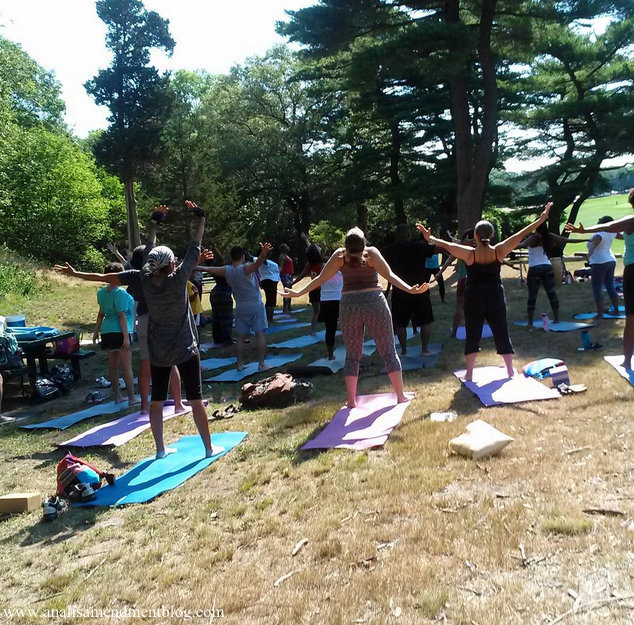 This morning, I finally made my way to a free yoga class in Boston! It was an Afro Flow Yoga® class taught by founder, Leslie Salmon Jones.

The class was wonderful! It was quite a workout and very hot under the bright morning sun. I worked up quite a sweat!

There was live drumming by her husband and co-founder Jeff Jones. Looking over the vast green space, it felt tranquil and what I imagine Frederick Law Olmstead may have hoped for in the future for this space he designed. 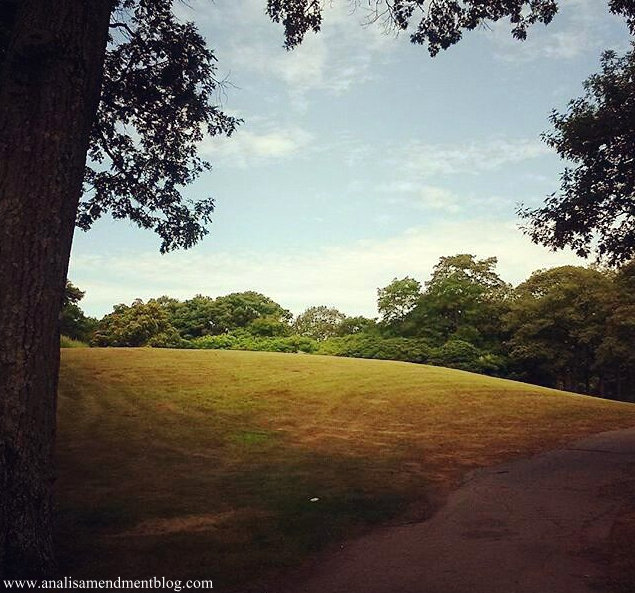 It was nice being in a yoga class where I wasn’t the only diversity. After all, brown people invented yoga, but often when yoga is shown in the media, it is usually very young thin white women who are portrayed. Yoga is far more than that. It is for every body.

In addition to it being a multiracial group, there were people of all ages and several men too.

As we moved to the beat of the drums, our teacher asked if we could feel the ancestors. I felt warm and happy thinking about those who came before me and thankful for this day and this time.

The drums added a deeper layer of spirituality to the class. While the class made me feel at one with the African Diaspora, the stone walls felt Druid and Stonehenge too. Very ancient. It was fitting that we are still under the influence of a blue moon.

There is a lot of history in this place. Schoolmaster Hill got its name from Olmstead who named it after poet and philosopher Ralph Waldo Emerson, who was a schoolmaster in Roxbury. He lived in a cabin here, before there was a park.

While he may not have been happy living there, centuries later, on a very warm Saturday on the first day of August, unlike Emerson, I did indeed find a slice of happiness on that same Schoolmaster Hill.