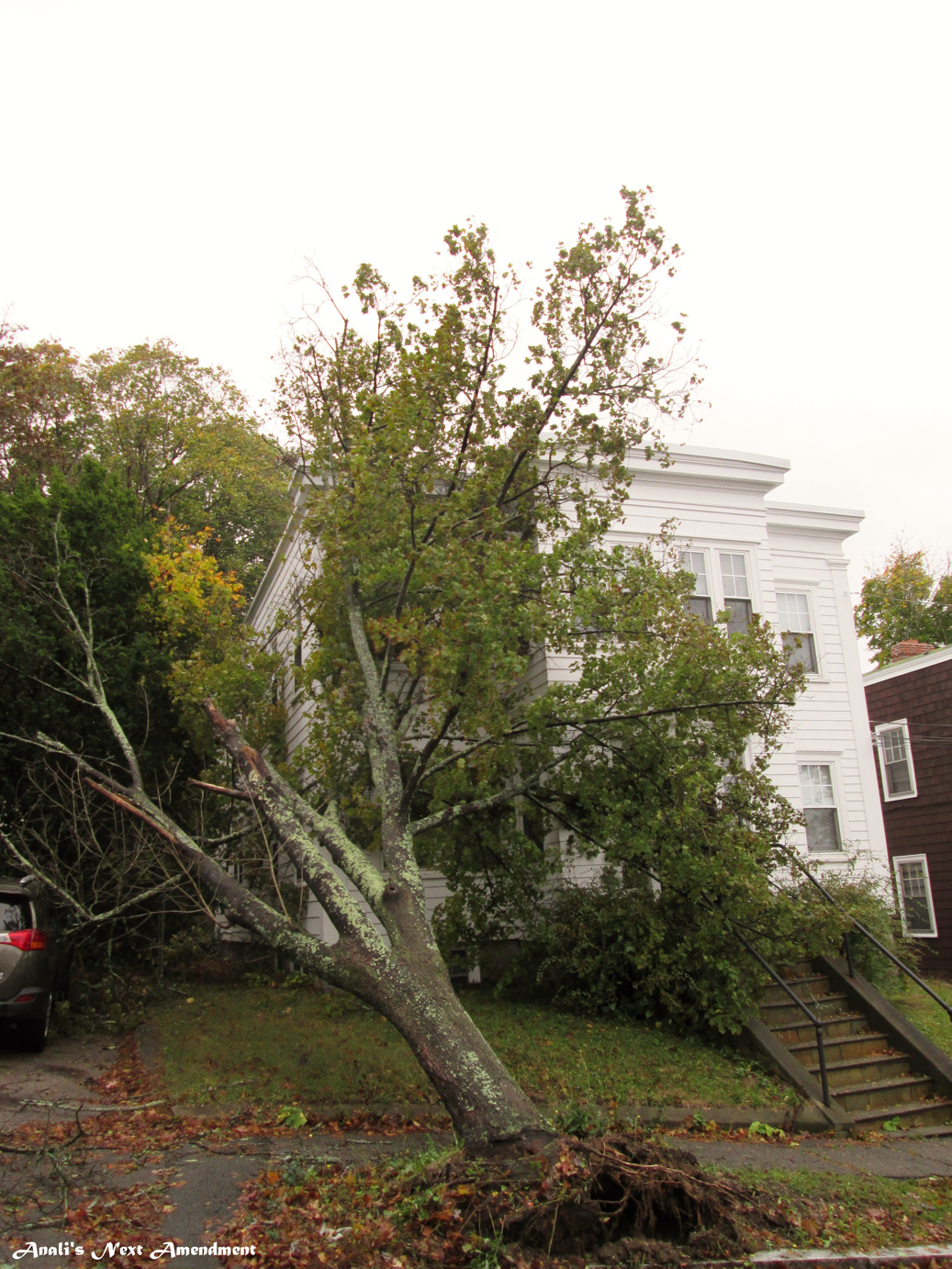 Well, this is not a post I ever planned on writing.  Soooo, last night a friend invited me to see King Lear. By the way, Joseph Marcell who played Geoffrey the butler in “The Fresh Prince of Bel-Air” played King Lear. He was all in!

The weather was really bad last night. Serious wind and rain with the Nor’easter that has been hanging over the region. I was tempted to cancel, because I hate going out in storms when it’s really not necessary. Also, I’m in the middle of a big writing project and had to stop writing in order to go out. Hopefully I can get my writing groove back today.

As we were leaving the play, we were talking about how Shakespeare was so dramatic and over the top. I’m no Shakespeare scholar, but I was thinking that if he wrote for TV, his shows would be slapstick comedy with mayhem and murder mixed in.

Speaking of mayhem, that reminds me of those Mayhem Allstate commercials. Especially, because there is a tree on my house and part of my car. Well, really my landlord’s house.

When I exited in Quincy, there were lots of leaves and huge branches on the streets. Some of the street lights were out too. When I got home, I had to drive over two more huge branches to park. When I got out of my car, I stopped to look at the branches, but it was so windy and rainy that I decided that I had better just get inside quickly.

When I got in the door and was walking up the stairs, I heard a huge noise. G opened the apartment door and said, “Did you hear that?” I had heard something. It sounded like a really big branch fell on the roof.

It wasn’t until about twenty minutes later that G looked out the front window and saw branches covering all the front windows. That noise wasn’t a branch. It was the whole tree! When I was walking in the front door, the tree had fallen just seconds after. It was a good thing that I didn’t linger!

As you can see from the picture that I took earlier, some branches are on my car, but they don’t appear to have done any damage. The front door is totally blocked, so I went out the back way to take some pictures this morning. Hopefully the tree will be removed soon, but apparently the city is dealing with a lot of similar calls. I hope this is not a sign of the winter to come.

12 thoughts on “A Tree Fell on My House”