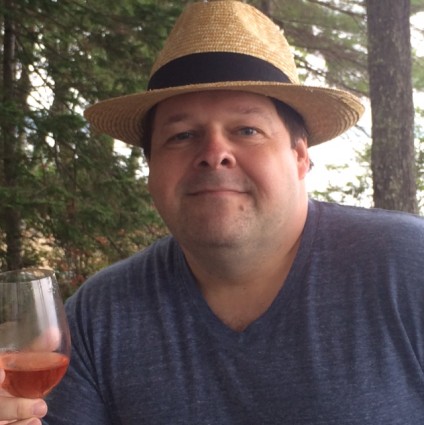 If you’re a food blogger or writer in the Boston area, you may have already met Richard Auffrey at a food event around the city.

He is a familiar face that I always enjoy seeing in a crowd. Richard’s blog, The Passionate Foodie, is aptly named, because as a writer, he has a true love for food and drink. He also strives to bring more inclusiveness to the food blogger community and celebrates its diversity.

I’m sure you’ll enjoy learning more about Richard as he answers questions for the second part in the interview series, You Pick Six.

What is a favorite simple recipe to prepare at home?
I make a simple Teriyaki sauce. Simply add 7 parts Sake, 7 parts Mirin, 7 parts Soy Sauce & 1 part Sugar to a sauce pan. Bring to a boil under a medium heat, stirring constantly until all the sugar dissolves. And that’s it! Once it cools, you can bottle and refrigerate it for future use. If you want, you can also add minced garlic.

What is a favorite dessert?
I love a well made Bread Pudding, though it can’t have raisins. I think it is also a versatile dessert and I’m surprised that no bakery has chosen to specialize in Bread Pudding. Forget all these cupcake shops, give me a Bread Pudding bakery.

What is a favorite food movie?
Ratatouille, the animated film about a rat who becomes a chef. Besides being a fun movie, it has so many excellent lines such as “Good food is like music you can taste, color you can smell. There is excellence all around you. You need only to be aware to stop and savor it.”

What is a favorite childhood food memory?
My mother’s Cinnamon Rolls, especially when they are still hot and fresh out of the oven. They always brought me joy and I saw them as a sign of my mother’s love. And after all these years, my mom still makes those Cinnamon Rolls, with the same recipe, and they immediately bring me back to my childhood and they also still are a sign of her love. 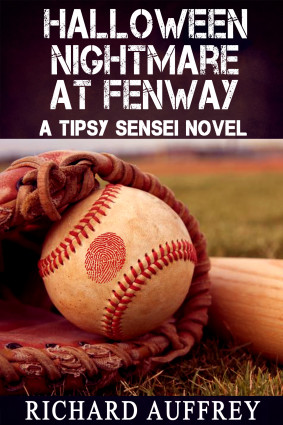 Tell me about your book.
Halloween Nightmare At Fenway is my third novel in the Tipsy Sensei series, which centers on a Boston-based Sake expert who learns that the supernatural creatures of Japanese folklore are real. In this latest novel, the darkest element of Japan from World War 2 spawns supernatural creatures which now threaten Boston, choosing Fenway Park during the World Series as the site of their primary threat. Nate, the Sake expert, must stop the threat, assisted by an immortal Japanese samurai and a homicide detective, a woman of color. As the novel occurs in Boston, I also mention some of my favorite restaurants. The Tipsy Sensei series is a way for me to share my passion for Sake and to tell a thrilling tale.

Thank you so much for participating Richard!

2 thoughts on “{You Pick Six} An Interview with Writer: Richard Auffrey”