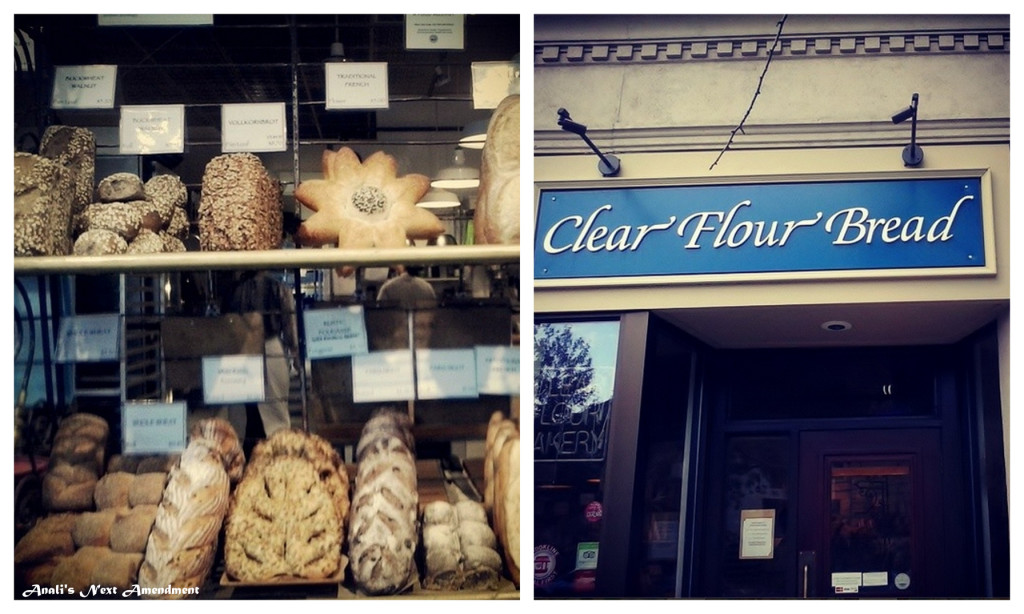 At least once a year, I make my way over to Brookline to get my car detailed. Your car looks brand new after and I highly recommend it. ScrubaDub is right on Harvard Street, which is in the middle of everything.

Since it takes about four hours for the detail, it’s the perfect time to walk around the area without worrying about paying for parking. For a while, I have been hearing about Clear Flour Bread and wanted to go there. After I dropped my car off, it was just a mile walk away.

The night before, I read that their croissant was voted the Best of Boston for 2014 by Boston Magazine. So I took a stroll in shortly after noon expecting to be able to get a croissant. Ha! Not even close! You have to get to Clear Flour Bread very early in the morning. Apparently the croissants sell out soon after they open at 8am.

I’ll have to go back another time. I ended up getting a fruit tart, which I took home and shared with G. So good!

Since I was hungry at this point, on my walk back to get my car, I stopped at Dorado Tacos for something quick. My pictures didn’t come out great, so I haven’t put them on this post. I had a salmon taco, which was on a soft corn tortilla. There was more salmon than I expected and it was very good.

It was particularly hot that day. After walking, I was really thirsty. I had a Jarritos Mandarin flavored soda. The sodas are from Mexico, which goes along with the theme of the restaurant, which is that they sell Mexican street food.

After eating my quick meal, I picked up my nice shiny clean car and drove home.