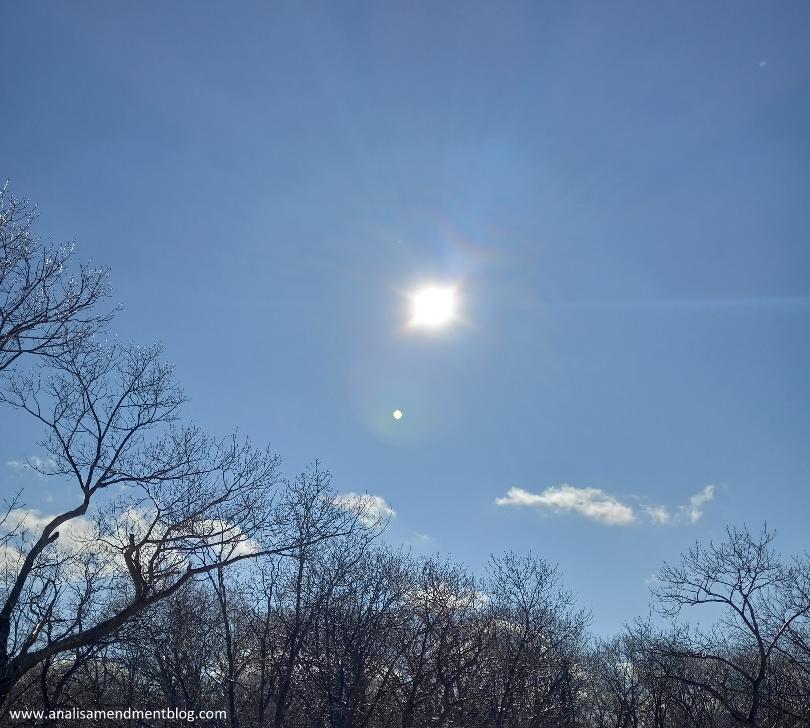 Have you heard of solar spring? Since weather preoccupies most of us New Englanders, I follow several meteorologists on Twitter. Early this week, I learned from Eric Fisher that today is solar spring!

Today, Dave Epstein followed-up on Boston.com with an article about solar spring’s arrival. He describes this “happy astronomical marker” as the first of three spring markers. Meteorological spring is March 1st and astronomical spring, which I think most of us consider the real spring, will bless our timeline a little after 11:30am on March 20th. Happy happy joy joy!

Finally, the first of all the springs start today! The winter months are tough and for me January is the worst. It’s a long month and we’re usually getting snow for real. Like many feet of snow! It’s literally freezing and dark all the time. The mornings are dark. Late afternoon is dark. It’s just downright gloomy.

February has another vibe. I used to think it was the hardest month. But really it’s not. It’s still cold and snowy, but the light is different. You can see the change. It’s brighter and melts the snow quickly. It’s lighter longer too. There’s light after 5pm and the sun rises earlier in the morning. We get a visible hint of spring. We know in our New England bones that our long cold dark winter will soon end!

According to Epstein, we get more than four more hours of light between now and early May. It’s a big win and plants and animals start acting accordingly. I was thinking that I had more time to decide what I want to grow on my balcony. The plan is to have a small container garden with flowers, herbs and some vegetables.

With Mercury no longer in retrograde, and actually no planets in retrograde for more than two months, it’s a great time to start setting my garden plans in motion. The Mercury shadow period lasts until February 23rd, but after that, it’s all systems go!