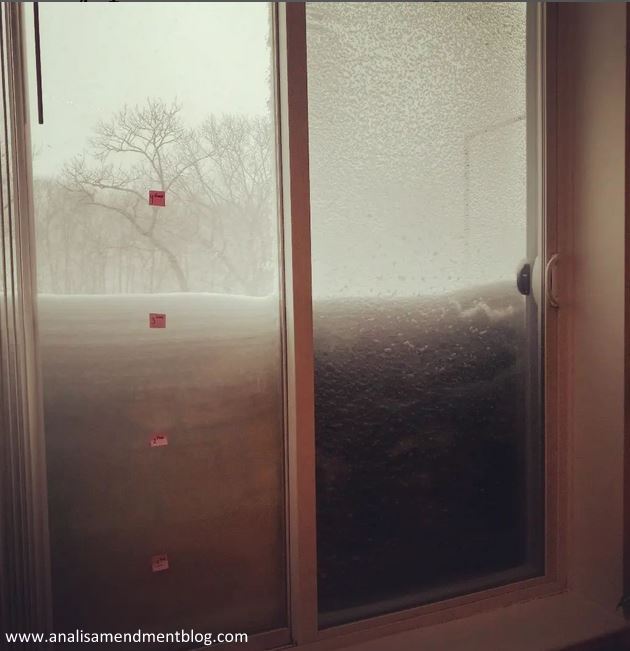 For those of us who are of a certain age living in the Boston area, the Blizzard of ’78 has been the reference point for all snow storms. I’ve seen the generational shift happening in many ways, but it was even more apparent today when someone tweeted that 2015 was the year to reference. Really? I think of 2015 more as a series of storms over a month and not just one storm.

Today’s storm was a whopper though and will be remembered for years to come, so I thought it was worthy of a post. I measured and marked the snow totals by feet on my balcony window. Close to four feet because of the wind and drifts! That’s a whole lot of snow and I wonder how long it will take to melt.

Luckily I kept power through the storm, so I did a bit of blizzard baking. Oatmeal, chocolate-chip and butterscotch-chip cookies for the win!