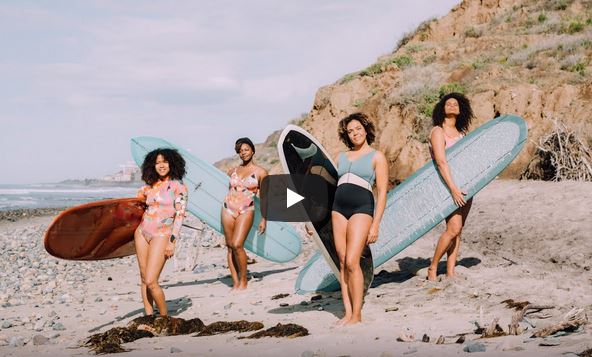 As a Virgo Sun and Taurus Rising, my astrology is deep into the earth. That may explain why I love my plant babies so much!

But some of the best times in my life take place near water. Not long ago, I learned that I’m a Scorpio Moon, which adds some water to my chart. Growing up on the East Coast may have a lot to do with it too. Living in Quincy, Massachusetts, I’m just a couple of miles from the beach. When I open the windows in the summer and the wind blows just right, I can smell the salty air — one of my favorite scents.

There was a pool in the apartment complex where I grew up, so I swam a lot. I loved doing handstands under water and playing Marco Polo. I lounged by the pool almost everyday during the summers and played ping-pong in the cabana. As children, my brother and I took swimming lessons at the local college. Our parents brought us to the beach for picnics and lots of swim time on the Cape. As a young teenager, I even went to marine science camp.

It wasn’t until I was much older that I realized many considered it unusual for African Americans to swim. When you think about movies showing beach culture, often focused on surfing, someone like me usually isn’t there. But things are changing.

On Instagram, I found a group of Black women surfers calling themselves Textured Waves. Their website describes who they are and their goal.

Textured Waves [w]as created to propagate the culture and sport of women[‘]s surfing towards women of color and underrepresented demographics through representation, community and sisterly camaraderie. We value integrity, inclusion and advocating diversity in the water.

In the early summer, Textured Waves premiered a short film called Sea Us Now, which was created in collaboration with Seea, a progressive women’s surf brand. The film itself is extremely short, but the conversation around it is fascinating and worth watching.

It reminded me of the importance of creating something for the future. Documenting that yes, Black women surfers are out there enjoying life right now. Their existence shows a roadmap for the next generation. The conversation alludes to the precarious history of African Americans and water. Our African ancestors were brought to this country in ships. Many suffered horrifying deaths at sea and those who lived witnessed it. There is also a strong history of racial discrimination at public swimming pools in this country. If we look at the water crisis in Flint, Michigan, even our drinking water is harmful. African Americans have ancestral and current trauma involving water that needs healing.

The joy of Sea Us Now starts that aquatic healing. It feels like a daydream. The women of Textured Waves in colorful bathing suits catching the waves. The sound of moving water, peaceful music and driving in a vintage car by the seashore. Carrying their surfboards. Palm trees and ice cream. Short vignettes of style, beauty and warm weather. Flowering trees blowing in the breeze along with their natural hair. Sisterhood. A carefree afternoon. Time for reflection and dreaming. The gift of exercise on the beach. Black health and wellness.

They describe the film as “a re-imagining of our history with the coastline and the sea” and “a love letter to our past and our future.”

If you want to skip right to the film, it starts a little after 25 minutes and goes until almost 30 minutes. But I do hope you watch the conversation.

It’s quite striking that the timing of the film’s release was in the midst of the protests after George Floyd’s death. Watching the video of his murder made me physically hurt. This film is like a balm for the body and soul. In the midst of everything, we can still find happiness and peace. We always have. That’s how we’ve survived.