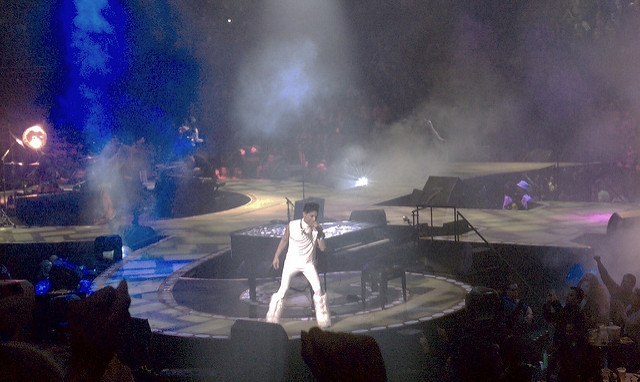 When I heard that Prince died, I was in shock and in transit. Between home and work. When I got on the train, my hands were shaking as I texted my friend the unbelievable and sad news.  So many thoughts swirled in my head all at once. I thought he was alright. He was supposed to be recovering from the flu. Not dead.

Now I am even more grateful that I saw Prince perform live in 2004, when he was here in Boston. The chance to see him came out of the blue. In the middle of the workday, a friend and co-worker told me that she had just gotten tickets and asked if I wanted to go that night.

Did I want to go?! Of course I wanted to go! It was probably the best show of my life. He played for three hours non-stop. His band took a break and he kept going. Playing the guitar alone and talking to all of us in the audience. He gave that show his all. It was amazing.

When I heard that Prince died, I flashed back to college. It was around 1986 and I had tried in vain to win tickets to his concert. I used to be quite good at winning radio station contests and had hoped that my luck would continue. I didn’t have the money to buy tickets, so winning was the only way that I could possibly attend the concert. I didn’t win. I will never forget that moment of realization that I wasn’t going to the concert — sitting at a table in Usdan cafeteria practically in tears and inconsolable. Thinking I will never see Prince and my life is horrible.

When I heard that Prince died, I flashed back to high school and had to laugh. I remembered being at home with a new Prince poster on the wall in my room. He was dripping wet in the shower, wearing a black bikini and a very provocative look on his face. My father walked in to the room. Looked at the picture. Shook his head and walked out.

I was not raised in the church, so I did not learn most of the things that most church-going kids know. Like the Lord’s Prayer. Yup. Prince taught me the Lord’s Prayer. The only reason I can even pretend to recite it today is because I played Controversy so many times. I even feel guilty knowing it, because of how I learned it. While I was playing that song, Dirty Mind, D.M.S.R., Let’s Pretend We’re Married and so many other songs from his many albums that I had back then, my thoughts were anything but pious.

Since Prince died, I’ve read so many articles about him and how he was so much more than his music. Especially for those that knew him well. Prince truly cared about people and the world and wanted to make it a better place. He was a philanthropist in secret and now so many of his good works are coming to light. He was a fan of the Black Lives Matter movement and supported them without any public acknowledgement.

Prince quietly was a force behind #Yes We Code, an organization founded to help young people of color learn to code, so they have the skills to be part of the tech industry. The more I learn about Prince, the more I like and admire him.

Seeing all the fans in Minnesota talking about Prince as one of their own reminds us all of the regional nature of the United States. It says something about his character that he stayed in Minnesota. He didn’t forget where he came from and stayed centered no matter how famous he became.

There’s a great article on Yahoo! where entertainment industry insiders reflect on their encounters with Prince. Singer-songwriter Louise Goffin wrote about the time she got to dance with Prince at a party.

I was on the stairs near the ladies room, and out of nowhere I see Prince standing around, and shy as can be. All of a sudden Sex Machine by James Brown comes on and I look over at him and he looks at me and says “you know this?” I say “of course I know this, I wasn’t born yesterday!” And he looks up devilishly and says… “wanna dance?” and reaches out to grab my hand. I’m losing my mind, not believing what’s happening and he leads me down the stairs to the dance floor (disco lights, the whole bit), and we’re bumping into people who at first act annoyed and then turn around and see its him. I’m hearing some people I know say “look it’s Prince! and then a second later, saying oh my God, it’s Louise!” Its the truth. I danced with Prince to James Brown’s Sex Machine. 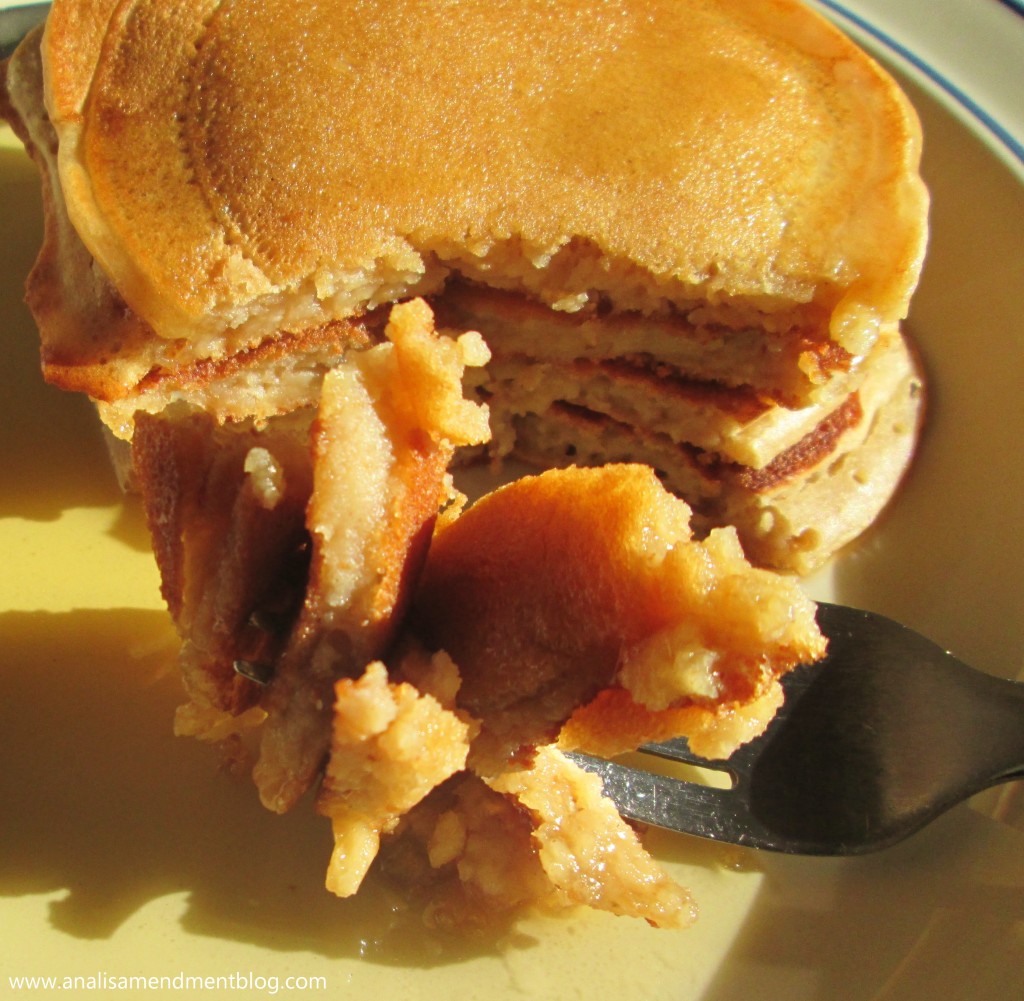 As a food blogger, one of my favorite stories is about food and from an article on Vulture from Prince’s former butler.

I have a lot of great memories but the one that made me laugh was there was one night where I got a call at about 3 am in the morning and he wanted breakfast for 14 people. I was the only butler on duty during that graveyard shift. He asked for 14 omelets and 14 orders of pancakes. I called everyone in the casino and had all the cooks running to make this order while I made the table. I had to serve the whole breakfast at now 4am in the morning by myself. I came up with the two carts full of food trying to plate it as fast as I can when Prince stood up from his chair and walked over to my cart. He grabbed a plate of pancakes and started helping me serve.

With all these new stories coming out, we are all being flooded with many feelings, memories and emotions. Based on what those closest to Prince have to say, he would want his death to inspire us to do better and “level-up” by pushing ourselves to the next level. Figuring out what is next for each of us and then actually doing it. Because he certainly always did.

4 thoughts on “Prince Gave Me Religion”