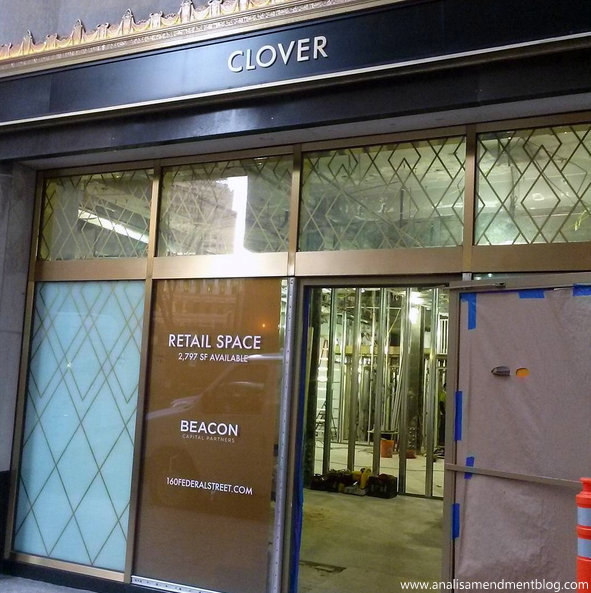 While it’s still in the beginning stages, it looks like Clover is coming to the Financial District! 160 Federal Street to be exact.

I noticed building permits a few weeks ago and wondered what would be going there. Breaking food news is one of my favorite things. Then yesterday I noticed that the Clover sign had been put up. According to Clover’s website, back on July 10, 2015, they wrote about Clover #7.

So while we’re still hoping that the Copley site will happen, we’re not expecting it will be Clover #7. The next Clover restaurant will likely be downtown. We just signed a new LOI on a site at Federal St. near South Station. It’s really exciting. Our truck at Dewey Square was our first in Boston, and the first new food truck in Boston. And it’s a beautiful site.

So for all the Clover fans out there, the food news is that you’ll soon have another location to choose from!