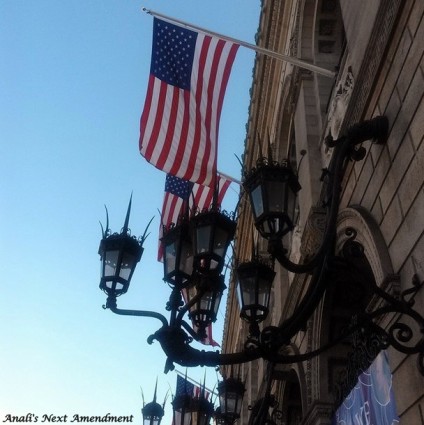 Hopefully you’re enjoying your long Memorial Day weekend. It’s nice to have a day off.

It’s also interesting to think about the meaning of Memorial Day and how it has changed over the years.

For many people in my generation and most of those who are younger, we think of it as a time for going to the beach. Picnics and barbecues. The first long weekend kicking of the unofficial start of summer.

For my parents and those older, it’s more solemn. Often considered a time to remember those who have passed and to visit their graves.

Traditionally it’s a time to remember the war dead. This is why we see American flags everywhere. The U.S. Department of Veterans Affairs website gives some Memorial Day history.

Memorial Day, which is observed on the last Monday of May, commemorates the men and women who died while in the military service.  In observance of the holiday, many people visit cemeteries and memorials, and volunteers often place American flags on each grave site at national cemeteries.  A national moment of remembrance takes place at 3:00 p.m. local time.

The 3:00 moment of remembrance is news to me, but is a nice idea and something that I may take part in today. We Americans like to talk about how much we support our troops, but sometimes that talk seems to ring rather hollow. That sentiment was reiterated in an article that I read on Stars and Stripes.

The military-civilian divide is not marked by particular animosity or resentment on the civilian side. In airports and restaurants, civilians thank men and women in uniform for their service. They cheer veterans at ballgames and car races.

What most don’t realize is how frequently such gestures ring hollow.

“So many people give you lip service and offer fake sympathy. Their sons and daughters aren’t in the military, so it’s not their war. It’s something that happens to other people,” said Phillip Ruiz, 46, a former Army staff sergeant in Tennessee who was wounded twice during three tours in Afghanistan and Iraq.

Douglas Pearce, a former Army lieutenant who fought in Afghanistan and is now a marriage and family counselor in Nashville, said civilians seem to think they “can assuage their guilt with five seconds in the airport.”

“What they’re saying is, ‘I’m glad you served so that I didn’t have to, and my kids won’t have to.'”

The article discusses the large divide between between those in the military and their families and civilians.

Surveys suggest that as many as 80% of those who serve come from a family in which a parent or sibling is also in the military. They often live in relative isolation — behind the gates of military installations such as Ft. Bragg or in the deeply military communities like Fayetteville, N.C., that surround them.

The segregation is so pronounced that it can be traced on a map: Some 49% of the 1.3 million active-duty service members in the U.S. are concentrated in just five states — California, Virginia, Texas, North Carolina and Georgia.

My father has talked about many things in his life with me. One of the things that he is most proud of is his military service in the Air Force. While he never saw combat, he spent eight years working all over this country and the world. Increasingly he talks about his friends from that time in his life and wonders what happened to them. I wonder too.