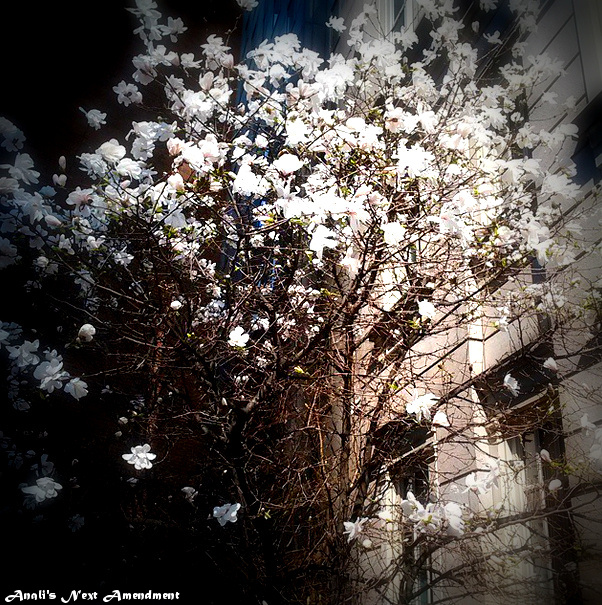 For my 9th year of blogging, I’ve picked the word TRUE.

After blogging for three years, I decided to pick a new word each year on April 29th. Below are words from previous blogging anniversaries.

So much of what I believed to be true about my life at one time isn’t any longer. In learning how to newly interact with someone, I’ve realized that sometimes what is true doesn’t really matter. Sometimes you just have to go with the flow to get along.

Embracing the new normal isn’t easy, but it’s what I’m working on. Sometimes it can bring unexpected bits of joy.

Searching for what is true and being true to ourselves is a life long journey. The word feels right.

The tree in the picture above is in full bloom right now. This picture from two weeks ago is the same tree. It had just the beginning of buds and was a shadow. Which is true?

When I was 9, I was so excited because I thought that turning 10 meant I would be a teenager. I was very disappointed to learn the truth.

Having blogged for nine years is nothing like that actually. But it’s a funny memory from that time in my life and I have been thinking a great deal about the past and what lies ahead.

2 thoughts on “TRUE: Word of the Year”