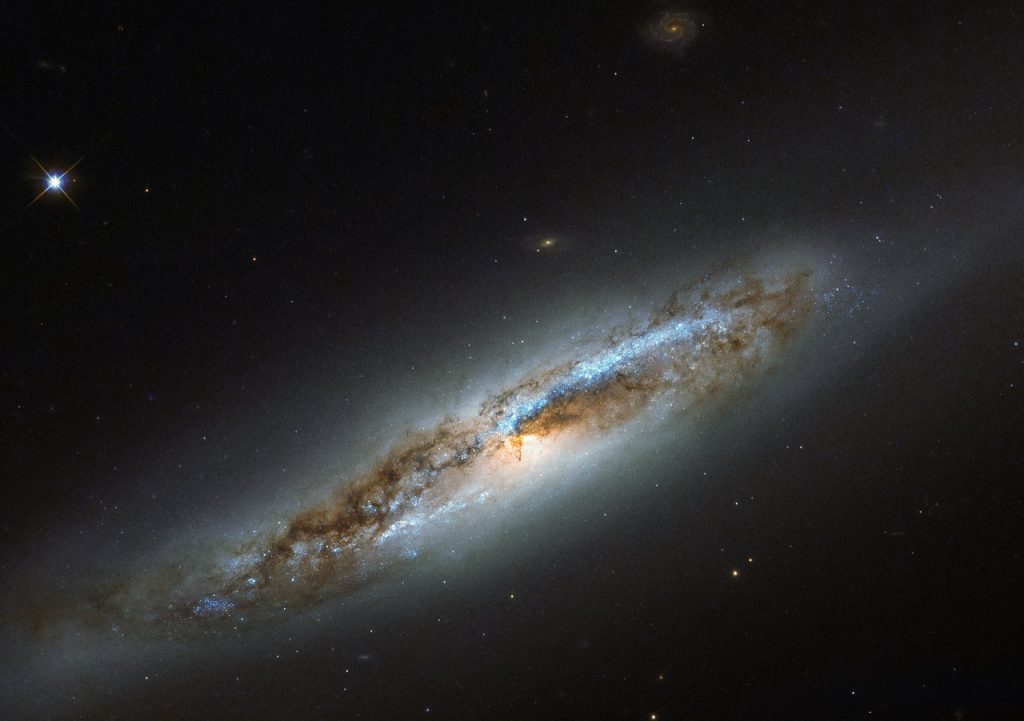 It’s my birthday eve and I’ve been reading up on all things Virgo. ‘Tis the season! I love that astrology has its roots in science and then goes way beyond.

The American Astronomical Society explains the difference between astronomy and astrology.

Astronomy is a science that studies everything outside of the earth’s atmosphere, such as planets, stars, asteroids, galaxies; and the properties and relationships of those celestial bodies. Astronomers base their studies on research and observation. Astrology, on the other hand, is the belief that the positioning of the stars and planets affect the way events occur on earth.

Just as the phases of the moon heavily influences the tides, to me it’s quite logical that positions of the stars and planets may impact people. With more than half of our body weight consisting of water, it makes sense that the moon could impact our behavior. So why not the other planets too?

The object pictured above is NGC 4388, which is part of the Virgo Cluster, which contains more than 1300 galaxies. The center of this cluster of galaxies is part of the constellation of Virgo. It’s so beautiful!

The Milky Way is the galaxy that contains Earth and our solar system. The Virgo Cluster is the closest large cluster of galaxies to us. The lingo can get a little complicated, so here are some quick definitions as I understand them.

Star clusters are groups of stars held together by gravitational pull. A constellation is a name given to a group of stars based on a pattern that appears in the sky. Stars are also the “fundamental building blocks of galaxies.”

So when does astrology kick in?

When the planets, moon and sun pass through the Zodiac constellations. The constellations correlate to our astrological sign, which is also our sun sign. But there is one additional constellation, Ophiuchus, which is not used as a zodiac sign.

What’s interesting is that when we can see our own zodiac constellation in the night sky does not correlate with the timing of our birthday. The Virgo constellation appears in late May, June and July, according to EarthSky.

The dates of the sun’s passage through Virgo may conflict with what you read on the horoscope page, which probably says from about August 23 to September 22. Keep in mind that astrologers are referring to the sign – not the constellation – Virgo. Yes, there is a difference between a constellation and a sign!

As I approach my 56th time circling the sun, I remember the past, look forward to the future and feel grateful for my birthday present.