Recently I was invited to attend Taste of the South End, which is an annual fundraiser to benefit the AIDS Action Committee.

Founded in 1983, the organization was initially a committee of the Fenway Community Health Center, created to address the growing AIDS epidemic. In 2013, AIDS Action became part of Fenway Health.

AIDS Action remains the largest AIDS service organization in New England and leads the state’s Getting To Zero Coalition, which seeks to reduce the number of HIV infections to zero. It also operates a needle exchange that serves as an entry point to healthcare services for active substance users.

According to a press release for the event, the average client of AIDS Action has an annual income of less than $10,000. So the organization’s services are vital to keeping many people healthy, who might otherwise go without help. 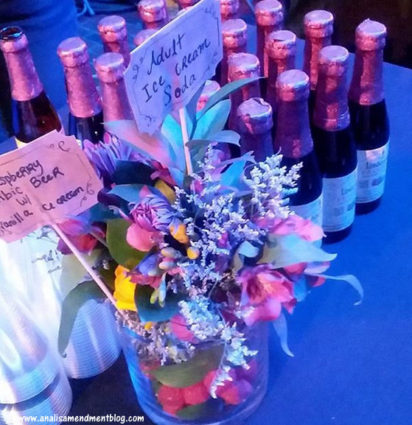 This year was the 24th year that Taste of the South End has brought together food and wine lovers from Greater Boston for an unlimited sampling of more than 40 of the South End’s finest restaurants.

My friend and I were lucky enough to partake in the food sampling and enjoy the festive atmosphere.

Walking through the rows and rows of tables giving out samples was a lot to take in at once. We were both a bit overwhelmed by it all. So much good food and where should we start? 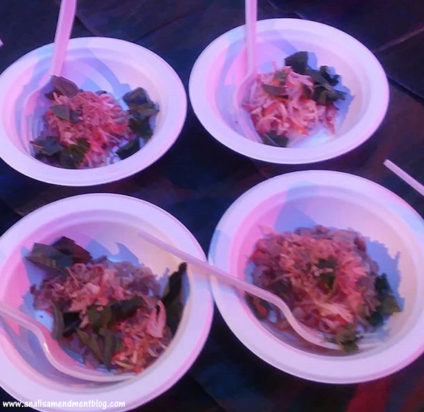 Without a plan, we dove in and started exercising our taste buds! Many of the samples were very generous portions. Especially the jerk chicken, macaroni and cheese, and barbecued chicken from Haley House Bakery Cafe. That was basically a full meal!

By the time we were ready to leave, we were both quite full — and had some new ideas of places to try in the future. I want to go to FoMu and have some more ice cream.

One of my favorite food samples was from Barcelona Wine Bar. It was spring vegetables cooked with potato and I was so busy eating it that I didn’t take a picture. But it was scrumptious and warmed my soul.

+ + +
Disclosure: Thank you to Taste of the South End for the two complimentary tickets!