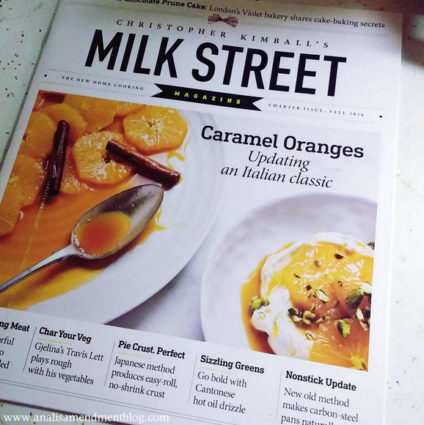 If you’re into food and you live in the Boston area, you’re probably very familiar with Christopher Kimball from all his years at America’s Test Kitchen.

If you’re interested in getting a free copy of the charter issue of the magazine, you can still get one. My copy arrived a couple of weeks ago and I’m looking forward to reading it when I get a chance.

Then this morning, I was catching up on the news when I read in Boston Magazine that Kimball was sued by ATK! I haven’t read the Complaint, but according to the article, it appears that ATK is alleging that Kimball may have breached the terms of his employment contract by starting a competing business while he was still working for them.

Non-compete agreements are a big issue in Massachusetts and employers take them seriously. There was recent legislation which would have reformed the law, but it did not pass. Employees who sign contracts agreeing to the terms of a non-compete can be restricted for several years from forming a business of their own or joining a similar company that may compete with their former employer. Because of this legal restriction, many believe that businesses are going to places like California instead of Massachusetts.

If employees disregard the non-compete, they run a real risk of being sued by their former employer. Maybe this case will settle and we will never hear anything about it again. Who knows? But it’s a twist to this ongoing story of Kimball and ATK.

The Boston Magazine article also mentioned that this summer Kimball was sued by Milk Street Cafe for trademark infringement. This casual restaurant is also located on Milk Street in Boston, but it’s a restaurant, not a media company or cooking school. As far as I know, Kimball isn’t selling food.

Trademark law exists to prevent consumer confusion. Since the businesses are different types, it seems odd to me that anyone would confuse the two. Kimball uses his full name above the words Milk Street and a picture of his signature bow tie is part of his logo and below the words Milk Street.  They seem to be in two very different spaces to me.

It will be interesting to see how this all pans out. But Kimball seems pretty savvy to me and it looks like he has all his glazed ducks in a row.

As I had speculated above, according to a Boston Globe article, Kimball won his trademark case. His media company is now named “Christopher Kimball’s Milk Street” so there is even less chance of confusion with Milk Street Cafe.

[US District Court Judge Denise] Casper ruled Wednesday there was little risk of confusion, as the two parties’ goods and services, as well as their marketing approaches, are quite different.

Milk Street Cafe’s primary market is downtown Boston, she wrote, while most of CPK’s customers have probably never set foot on the actual Milk Street.

The only similarity, she wrote, is that the names of both ventures refer to the street where they are located.

Casper also ruled Milk Street Cafe had not proved it had been hurt by Kimball’s use of the name and said there was no evidence of intentional copying on his part.

However most cases never make it to trial, so an earlier settlement is more likely. A final pre-trial conference is scheduled for February 12, 2019.

From the Superior Court electronic records, it looks like the February 12th conference did not take place and the final trial conference is scheduled for 9/24/2019. I’ll keep checking to see if the case settles before then and will give an update. 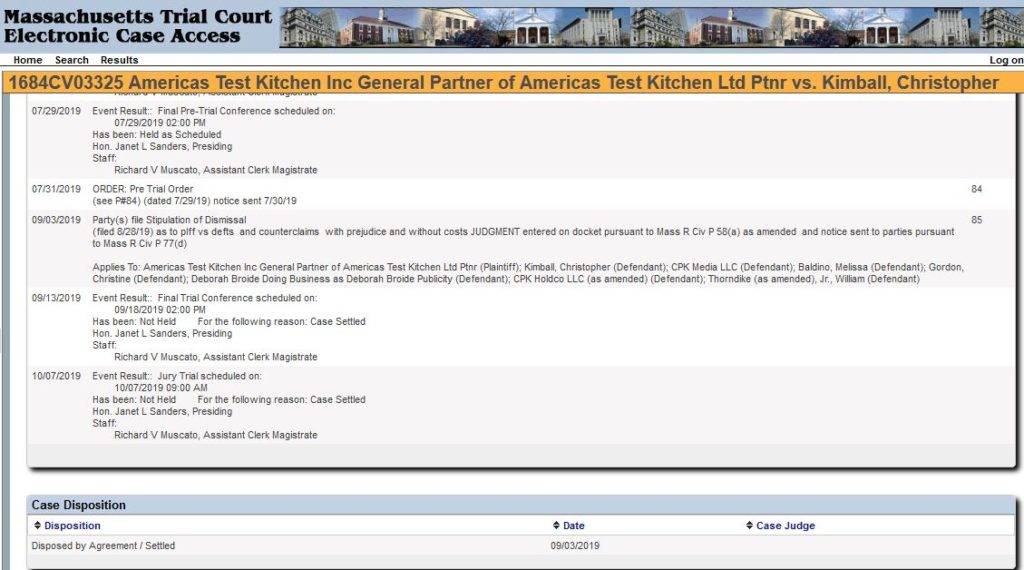 According to court records, the case settled and was dismissed in early September. 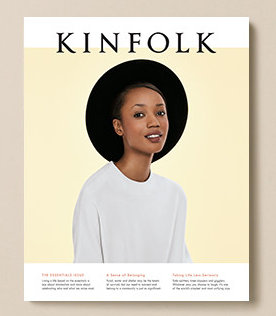 What a nice surprise to see that Kinfolk Volume 16

shines a light on the beautiful Nadja Giramata. I learned of the issue on Instagram.

I bought an earlier issue of Kinfolk a few years ago and have enjoyed their short films over the years. I love the magazine’s focus on slow living and gatherings with family and friends.

But it always bothered me that I never saw any people that look like me. After a while, if a publication never includes people of color, I assume that they don’t intend it for me and don’t want me buying it. I feel the same way about commercials that I see on television.

So it was quite nice to see a lovely model of color gracing Kinfolk‘s current cover. You can purchase Kinfolk on their website or on Amazon at a discount. Which I just just did. I also signed up for a free trial of Amazon Prime, so I get free shipping and it should arrive tomorrow. Can’t wait!