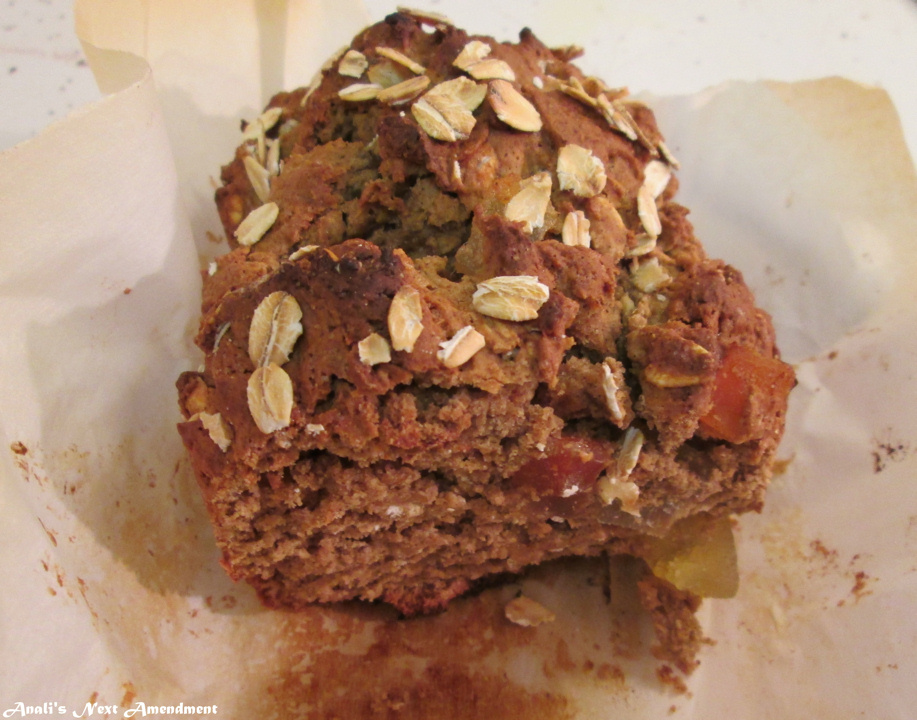 One of my favorite columns in Bon Appétit is Rsvp, where readers can get recipes from their favorite restaurants. I immediately thought of this column as I was diving into the bread basket at Brant Point Grill.

In Part 1 of my Visiting + Eating on Nantucket blog post, I mentioned that I had dinner there recently. They had savory flatbreads, almost cracker like and a sweeter bread that I kept trying to figure out. Turns out it was oatmeal molasses bread. I would have loved to take a few of these bread baskets home with me!

When I returned home, I decided to try and get the recipe for the sweeter bread. Brant Point Grill, the restaurant at the White Elephant, was more than happy to share the recipe. When I received it, I discovered that it was the exact recipe they use at the restaurant, which calls for 22 cups of flour. Eeeek!

Seeing that I’m not baking for dozens of people, I realized that some recipe adaptation was in order. Luckily, shrinking down recipes is one of my specialties!

I was surprised to realize that it was a quick bread recipe, which has no yeast. Also, it had buttermilk and the only fruit was raisins. Somehow I thought the bread contained a bunch of different fruits! Maybe because the recipe calls for golden raisins which taste a bit sweeter.

When I bake, I use what I have in the house instead of going out and buying ingredients for a recipe. Unless, it’s for something very special.

So not only did I shrink the recipe down to make a tiny loaf, but I made some other substitutions as well. I didn’t have raisins, but I had some dried papaya and dried pineapple. I don’t use buttermilk, so I used vanilla almond milk. I didn’t have whole wheat flour, so I used buckwheat flour. Also, I added some ground ginger just because.

This bread was truly quick to make, because of the tiny amount of ingredients. I loved it and think it tastes quite like the bread in the restaurant. At least to how I remember it. Here is my adapted version of the recipe below. I hope you give it a try!

Combine ingredients in a small bowl. Place the dough in the pan and sprinkle a few oats on top. I used a 3 x 5 mini bread loaf pan lined with parchment paper.

Bake at 350 degrees for 15 – 20 minutes. I used a toaster oven, which may impact the timing. Remove from oven and let cool for about 5 minutes. Slice and enjoy plain or with some butter.