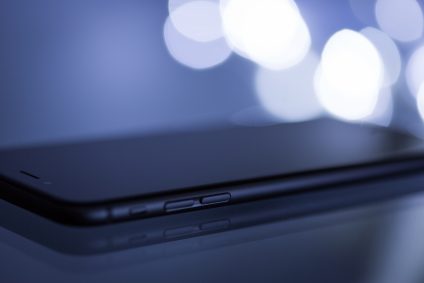 How often do you put your phone down? Stop scrolling or even turn it all the way off?

No judgement here. I’m usually holding my phone and maybe scrolling through Twitter or Instagram. It might be on my lap or on a table near me. As I write this, it’s just to the left of my keyboard. Not that I’m usually expecting a bunch of calls or texts.

Well, actually I take that back. I’m in the process of helping my mom sell her house and there are two showings today. It seems that whenever I accidentally leave my phone in another room, I miss a call.

But usually, it wouldn’t hurt to put the phone down or away. Lots of people take social media breaks or at least claim to. I always find it amusing when people announce on social media that they’re taking a break, then check-in during their breaks. Is it to create drama and suspense? Maybe they’re truly addicted to social media? I don’t get it.

Anyway, like so many days in this season of my life, yesterday, I brought my mom to a doctor’s appointment. As we were sitting down, a woman in the waiting area said, “Hello ladies!” with smiling eyes above her mask and a very friendly voice. She seemed so happy to see us! I think we said, “Hi,” back to her and I hope our eyes were smiling too.

My mom mentioned to me that her phone was acting strangely and when she was reading a news story it would just go away. I said that maybe it was just refreshing the feed. Then my mom went in to see the doctor while I remained in the waiting area.

The woman with smiling eyes was on her phone talking with someone, then she went up to the front desk to answer some questions. In very fluent English, I overheard her say that her first language was Portuguese. When she went back to talking on her phone, I did notice that it sounded like she was speaking in Portuguese. I was scrolling on my phone the whole time.

Then she got off her phone and mentioned to me that she had overheard me and my mom talking. She said that my mom might need to restart her phone. I had forgotten that maybe there could be a glitch needing that. I thanked her. Then another woman came in and sat down. She said to me that my earring was stuck behind my mask so I fixed it. I thanked her.

Then we all started chatting about how people need to tell people if something is wrong like that. I mentioned how I had a friend that we would always tell each other if we had lipstick on our teeth. Then I mentioned that I don’t really wear lipstick anymore because of masks. My red lipstick used to be part of my signature look. We all lamented my pandemic loss of lipstick.

Then smiling eyes said that her kids are always on their phones. Even when they are at parties. Kids will text each other, but not talk. We all said how that’s horrible, but I admitted to always being on my phone too. Every few minutes I’d go back to looking at my phone, then we’d start chatting again and I’d put it down.

Smiling eyes mentioned that it was her first time going to this doctor and she was nervous. She has diabetes and needs to get it under control, but hates needles and doesn’t test like she should. “When it’s my time, it’s my time,” she said.

She reminded me of my cousin who used to always say that too. And he meant it. He lived a full and very good life. But he died a needlessly painful and early death last year. It’s still hard to believe that he’s gone. But nobody can change someone else’s life philosophy. They will do what they want to do and can’t be forced to do otherwise.

Smiling eyes looked like she might be in her 40s. She had some lines around her eyes. I thought about mentioning my cousin and what happened to him. But I didn’t. I just listened. The doctor called her into the office and I wished her good luck. Later in the day, I remembered her and restarted my mom’s phone. Then I silently wished her well.

This site uses Akismet to reduce spam. Learn how your comment data is processed.