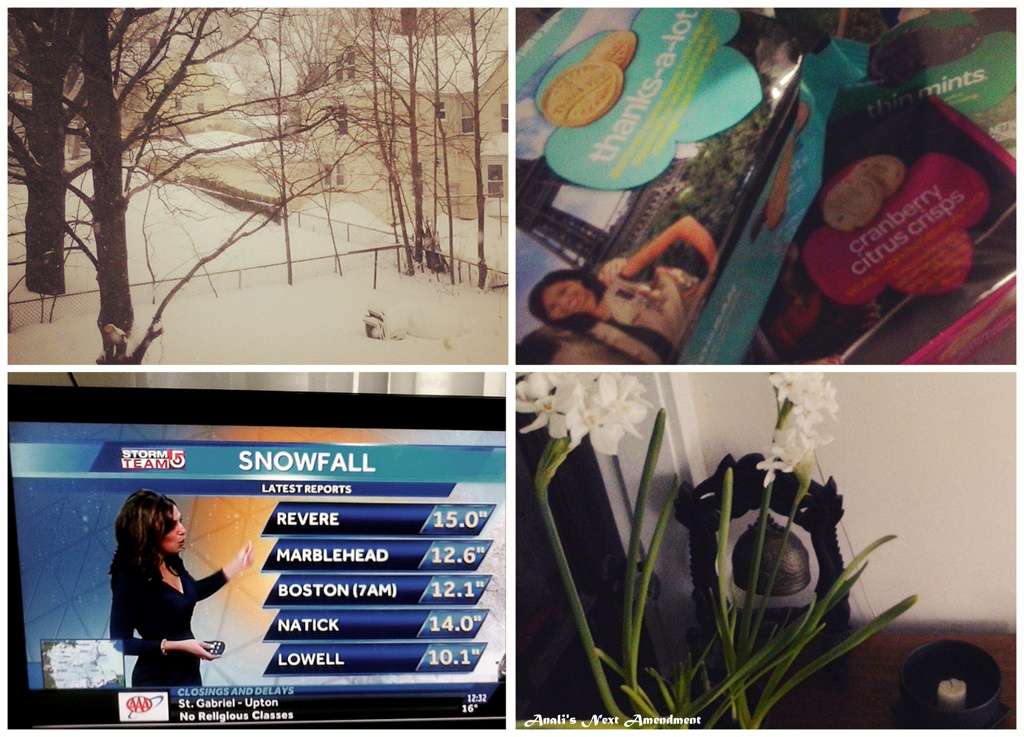 It seems that the post that I wrote last Monday could very well have been recycled for this Monday as well. The T was a mess again with the new snow storm that is currently going on.

While in my opinion, it should have been shut down before the snow even started based on what happened last week, the train service is shut down through the end of Tuesday. Also, finally the Governor declared a State of Emergency for Massachusetts. Hopefully, with additional equipment now being requested, the snow will be removed and it will be safer to get around. We’ll see. There’s supposed to be another storm coming on Thursday and on Sunday. It’s just too much!!!

Above are some pictures that I took on Instagram that I thought I’d share here. The snowy scene is from my backyard. The table and chairs have almost disappeared under the snow! I finally tried the Red Velvet Oreos. They are so good! But I gobbled them all up really fast, so they are not pictured here.

Luckily, when I went food shopping before the storm, there was an enterprising Girl Scout in the store selling boxes of cookies. People were swarming to get them! I got three and had some Thin Mints today. A wonderful classic. Since I ate all the Oreos, G finished that box up. I also bought the Thanks-A-Lot and Cranberry Citrus Crisps. I’ll be opening those soon! The boxes are much smaller than they used to be, so they don’t last as long.

Also, in the midst of all this snow, the paperwhites that my mother gave me for Christmas have bloomed. They smell so good and remind me that spring will arrive eventually. It will be a very nice change.

How is the weather where you are?