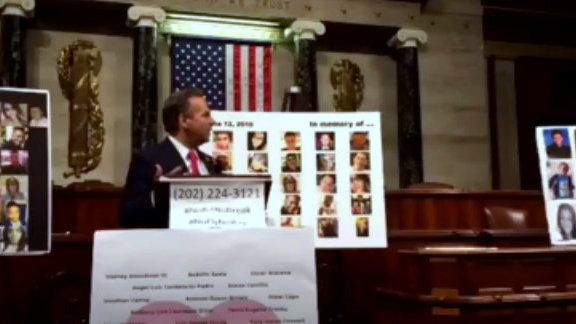 If you don’t stand for something, you’ll fall for anything. I wasn’t the first to say it, but I believe it.

And standing for something is what many of our Democratic Representatives are doing with support from some Democratic Senators too. In solidarity they are standing up for the victims of gun violence and for those of us left with lives to lose.

When I heard that civil rights icon John Lewis was leading the call with a sit-in, I was enthralled. Still am. It couldn’t have been written any better. How cinematic and extraordinary.

Many of us have been complaining about our representatives lack of action when it comes to gun violence. Rise up! They have!

As I write this, they have been holding the floor of the people’s house for nearly 24 hours. We are witnesses to history. Isn’t it fitting that at the same time, Alexander Hamilton the musical is making history too? I’m listening to the cast recording as I write this. Not many of us can get enough of it. It’s engaging and addictive.

Tickets to the show in Chicago have been reported to be selling for as much as $10,000.00. With low voter participation being such a problem in this country, I wonder what percentage of people who attend the show actually vote. Is the show about a Founding Father completely lost on most?

The best way for us to get our shot is to vote and get involved with politics on some level. Are we part of the solution?

We have so many levels of problems in this country. If we all tackle something, I truly believe that we can make a huge difference. We the people. Three little words. The start of one of the most beautiful documents ever. It’s us.

When they wrote “our Posterity”, they were thinking about us. Now. But it’s up to us to do something. Life is an experiment. This country is an experiment. All we can do is try to think about the kind of world and country that we want to live in. Insure domestic tranquility.

We can’t pursue Happiness when we are in fear for our lives. It seems the only lives the Republicans have concern for are unborn. After that, we’re on our own.

We have to do better. We can do better. It’s time. I’m a Sanders supporter, but you better believe I will still vote. I’m not giving away my shot. Neither should you. History has its eyes on you.

2 thoughts on “You Wanna See Hamilton, But Don’t Vote?”