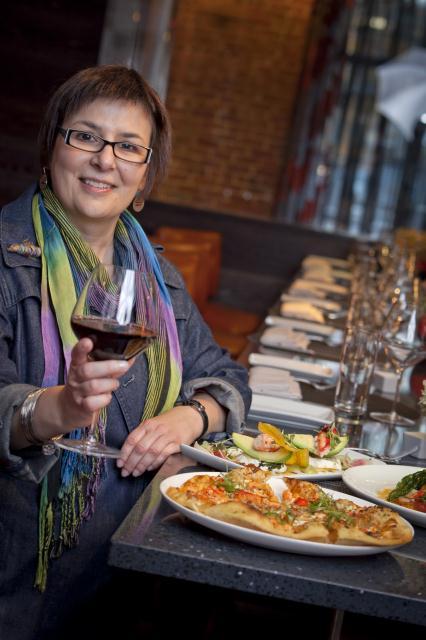 If you follow Audrey Giannattasio on Twitter, you can see that winter weather isn’t stopping her from leading her food tours!

However, it was on a very warm summer day back in 2011, when I first met Audrey. As part of a small group of food bloggers, we had a great time touring specialty shops and restaurants in the North End, experiencing authentic Italy in Boston.

Since then, Audrey founded her own successful business, Boston Foodie Tours. For three years in a row, she has won TripAdvisor’s Certificate of Excellence. She was also featured on Chronicle, a local television program bringing us stories about New England.

If you’re visiting Boston during a vacation, for a business trip or just taking a day trip into the city, you’ll have a great time on one of her tasty tours!

But now, let’s get to know Audrey a bit better. She’s number ten in the interview series, You Pick Six!

What is a favorite simple recipe to prepare at home?
Toast with mashed avocado, Kosher salt, freshly-grated pepper, and olive oil. Lunch nearly every day!

What is some of the best advice you’ve ever received?
“Don’t let anyone define you.” I’m just sorry that it took me fifty years to get it right! No one will ever care about you and your future as much as you will. If you’re truly going to reach your maximum potential, you must tune out the naysayers, leave any emotional baggage behind, and run your own race. When you find that place where you’re meant to be, the world will embrace you, and you will embrace yourself!

What is a favorite childhood food memory?
Picking large, purple grapes from the backyard vines in East Boston with my Italian-speaking, maternal grandmother, and my mother’s Sunday dinners, with freshly-made “gravy” – including meatballs and my beloved pig’s feet – and mostly store-bought pasta.

What do you think that most people don’t understand about food?
That creating good food isn’t necessarily about being an accomplished cook. Rather, it begins and ends with quality ingredients, such as a freshly-made mozzarella or a true Extra Virgin Olive Oil. What you put in is what you get out. 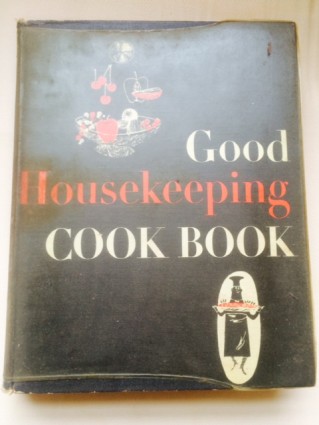 What is a favorite cookbook?
My favorite, most-used cookbooks are Ina Garten’s, whose recipes are both simple and reliable. My most valued and cherished cookbooks, however, are Marguerite Buonopane’s the North End Italian Cookbook, from which I learned as a young woman how to cook my mother’s Italian-American peasant dishes after she passed away; and my mother’s 1955 Good Housekeeping cookbook that I inherited.

How did food become an important part of your life?
My mother! Cooking was her way of demonstrating her love for others, and, perhaps, the only skill in which she had great confidence. Though we were on a tight budget, she could always stretch a meal for last-minute guests, who were often sent home with freshly-picked vegetables from our garden, and/or food gift bags.

Thank you so much for participating Audrey!