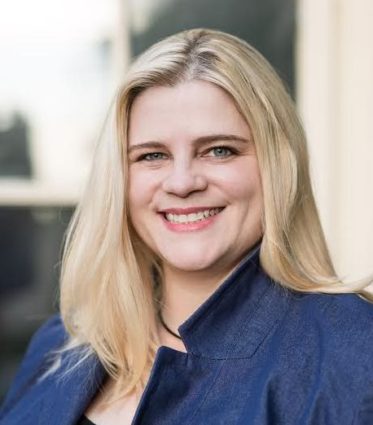 Many years ago, I worked at a software company with Crystal King. I didn’t really see her face to face much, because we both worked from home sometimes and worked in different departments. But I do remember seeing her on lots of emails! So it’s quite fitting that we reconnected on LinkedIn.

Then recently, I noticed that Crystal posted about writing her latest novel. Latest?! Call me impressed!

When I read further about her novel, The Chef’s Secret, I noticed that it was inspired by a real Roman cookbook from the 16th century, written by one of the first celebrity chefs – if not the first. I was intrigued and naturally wondered about her experiences with food.

By the way, if you’re looking for a late Mother’s Day gift and your mom is into food, Rome and history, this novel would be a great gift for her! Or maybe you might just want to get it for yourself.

Also, as a special gift for readers of this blog, you can request a free digital companion cookbook that contains 27 recipes!

Now let’s learn a bit more about Crystal and resume this ongoing interview series with the 23rd interview of You Pick Six.

What is a favorite simple recipe to prepare at home?
My favorite recipe is tortellini soup. I make it all the time in the winter. It’s super simple. Slice up a chicken or pork sausage and sauté it in the bottom of a saucepan. I will deglaze with a little bourbon, then add in enough good broth (this varies depending on what we’ve got at home…we make broth from duck, pheasant, chicken and more) for the two of us. I usually throw in chopped carrots, sometimes potatoes, and a slew of herbs of my fancy that day. Thyme, rosemary, crushed red pepper, paprika, turmeric. Add the fresh tortellini after the carrots have cooked, then when they are floating to the top, I add frozen peas and cook for another minute or so. When served, I add grated Parmesan or Romano on top. Super fast, super easy and delicious.

I also like making Parthian chicken,which is a holdover from my novel, Feast of Sorrow. It’s a 2,000 year old recipe and one of our favorite dishes for the dinner table.

What is a favorite quote?
The controversial NYT literary critic Anatole Broyard once said, “Rome was a poem pressed into service as a city.”   Oh, Rome, where my heart is.

What is a favorite childhood food memory?
When I was young, my mom would occasionally travel to some convention for whatever thing she was selling, whether it was Princess House or Avon. My father would cook and that was always an adventure. I remember one breakfast where we had the big tabletop casserole/griddle out and he made one monster pancake, and the three of us kids all had to help him flip it. We loved when he did stuff like that with us when mom was gone. 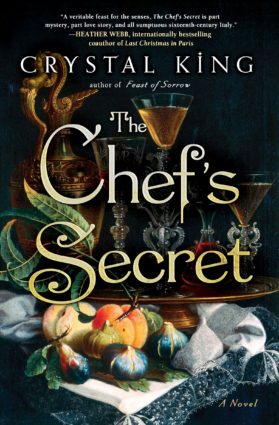 What is the best meal you ever had and where was it?
This is hard! There are two that stand out, for very different reasons. é by José Andrés comes first to mind. My husband and I went for one of my milestone birthdays, shortly after it opened (it’s a secret restaurant behind Jaleo in Vegas), when it was nearly impossible to get in. Everything about that meal was amazing, from the presentation, to the show the waiters did, to every delicious, surprising morsel of food.

And last year, I was in Caprarola, Italy, visiting the Farnese palazzo to research my third novel. We stopped in a little spot, Trattoria del Ciminio, that was pretty much empty.  When the lunch crowd did start to filter in, we were the only tourists. The salumi was hyper local from deer and wild boar. I had a goose tortelloni that was to die for, and a smoked duck carpaccio that was pure heaven. I’ve not had anything else like it in my travels. My husband and I keep talking about that place.

What is a favorite cookbook?
Another hard one! But right now, my big soft spot is for [L’Opera] the cookbook that my main character, Bartolomeo Scappi, published in 1570, to great acclaim. It is the inspiration for my novel, The Chef’s Secret.  There are over a thousand recipes in its pages, as well as woodcuts that show you what a papal kitchen was like back in the Renaissance. The recipes are fascinating and many of them still delicious to palates today.

Tell me about your book.
The Chef’s Secret is about Renaissance celebrity chef, Bartolomeo Scappi. Scappi was the private chef to four Popes and the author of one of history’s best-selling cookbooks. We don’t know much about his life, or the life of his apprentice and nephew, Giovanni. Which meant that I was able to turn on my imagination and create lives that perhaps they might have lived.  In my story, Giovanni is on a quest to find out the truth about his uncle and the fifty-year love affair that the chef hid from the world.  It’s a book full of food and feasting, a bevy of historical figures, and of Rome and Venice during a time rather different than we know today. It’s a mystery and a double love story. It was great fun to write, and to sample the recipes from the Scappi cookbook as I plotted it all out!

Thank you so much for participating Crystal!

2 thoughts on “{You Pick Six} An Interview with Author: Crystal King”