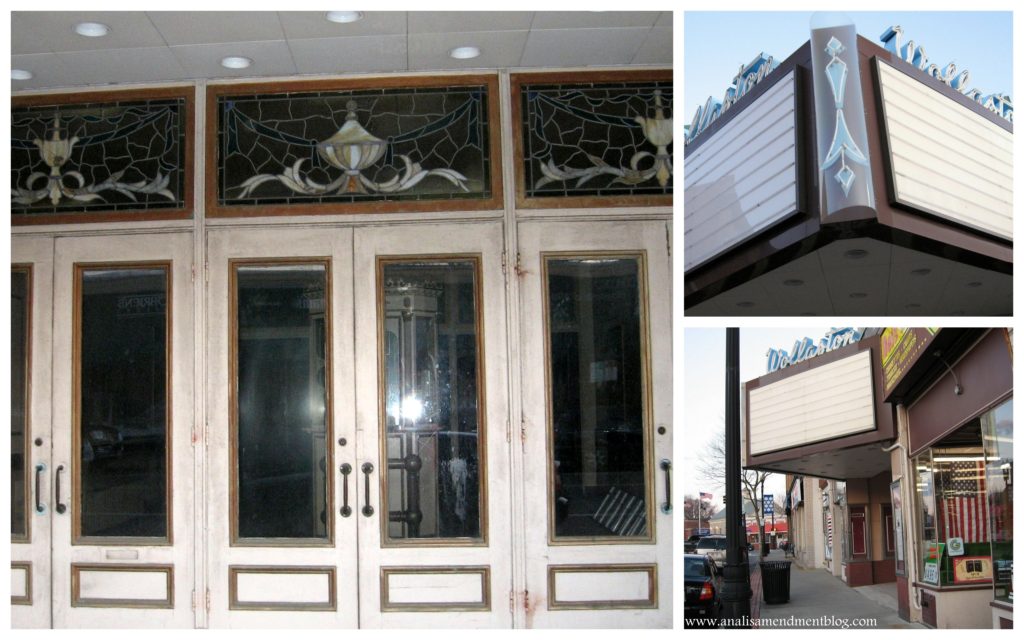 Back in 2007, I started writing about the Wollaston Theatre. Since Quincy is the City of Presidents, I wrongly thought that there would be a special appreciation and unique effort to restore this once lovely old movie house. I wrote about Wollaston Theatre again in 2008, 2009 and 2010. I hoped that things would end differently.

Silly me. What was I thinking? Of course money trumps everything else. The beloved Wolly was smashed to bits. The Change.org petition was a nice idea, but it was all to no avail.

No doubt owner Michael Fang, owner of the C-Mart supermarket chain, will be able to sell the land for a pretty penny. Probably another luxury apartment building will be built. Maybe condos.

Something most likely beyond the reach of most people instead of what could have been a wonderful community space. That seems to be the direction of things in Quincy. Many will soon be priced out. 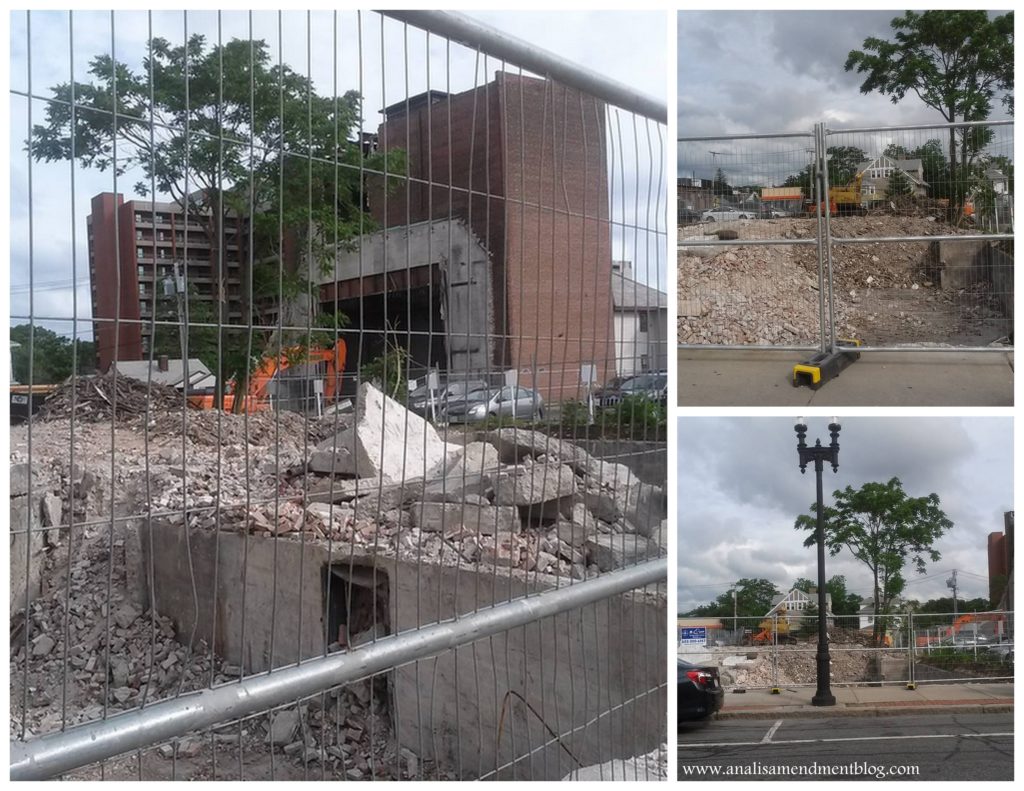 I just took these pictures today, so my feelings are fresh. It was shocking to see nothing left. I am so disappointed. Wollaston Theatre is really gone. 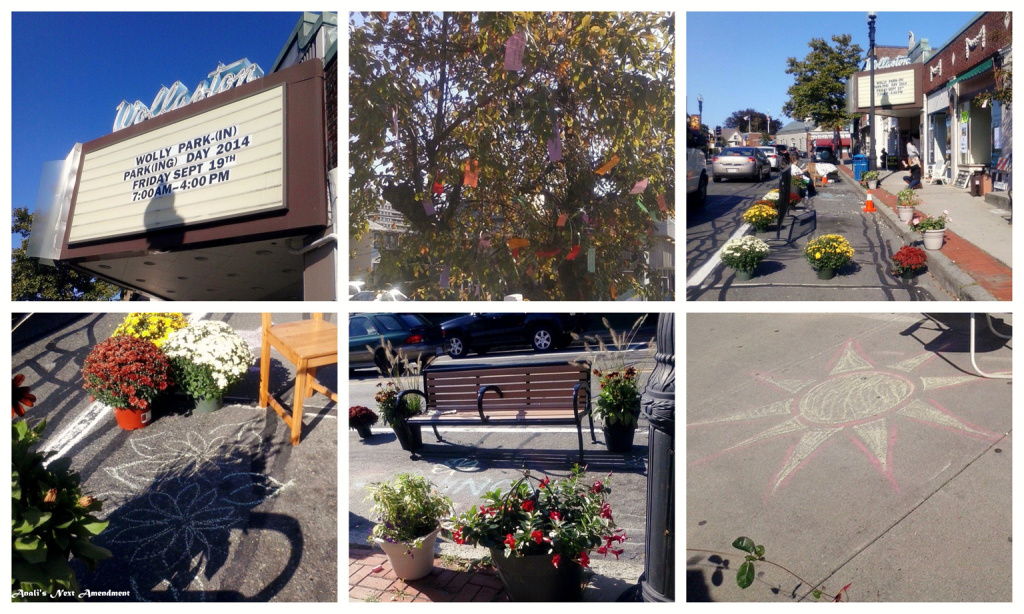 Have you heard of Park(ing) Day? It’s an annual event that takes place all over the world, where “citizens, artists and activists collaborate to temporarily transform metered parking spaces into “PARK(ing)” spaces: temporary public places.”

The mission of PARK(ing) Day is to call attention to the need for more urban open space, to generate critical debate around how public space is created and allocated, and to improve the quality of urban human habitat … at least until the meter runs out!

I think it’s the coolest thing and have seen pictures from events in different cities. Yesterday on Twitter, I saw that there was going to be an event in my neighborhood. So today, I took a break and walked down to the Wollaston Theatre.

On my old blog, I’ve written about how it’s such a shame that the Wollaston Theatre has not been open for many years. When I first moved to Quincy in the early 90s, it was open and I saw a movie there.

While I was at the Wolly Park-(In), I spoke to Kara from the Quincy Planning Department. She said that the event was a way for them to get into the community and talk to people about what they would like to see in Quincy. She gave me a slip of paper to write my wish for Quincy and to hang it on the Wishing Tree, which she said was a Chinese tradition.

I’m not sure if I’m supposed to share my wish, but it did have to do with the Wollaston Theatre opening up again. The current owner is Michael Fang. I hope that he considers it, because it’s a beautiful place and they don’t make theaters like that anymore.

Above are scenes from Park(ing) Day 2014 here in Quincy. Enjoy the pictures!