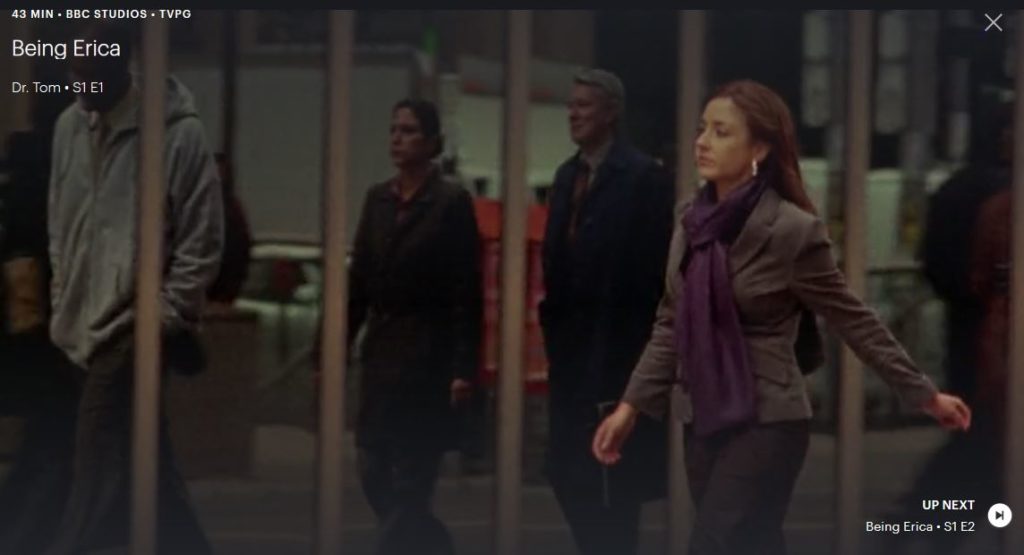 This past holiday season, I watched very few Christmas shows even though I look forward to them every year. But I enjoy time travel even more. And around Thanksgiving, I found a television series called Being Erica. I streamed the entire four years through the holidays and finished on December 30th. I wish there were more years, but watching this show was so satisfying —like eggnog and Christmas cookies. Which I indulged in while watching!

The easiest way to describe Being Erica is to compare it to Sex and the City. Located in Toronto instead of New York and with the added bonus of time travel! Erica is Carrie. She doesn’t have a Mr. Big, but she does have a series of romances and is a major part of the publishing world. We meet her group of close friends of course, but unlike Sex and the City, Erica’s family is a major part of the show. I always found it strange that we didn’t see Carrie’s family.

The way time travel works on this show is that it’s therapy. She meets Dr. Tom who gives her the ability to go back in time to regrets in her life and fix them. There are certain caveats to the time travel though. Which there always are!

This show has also made me realize a gaping hole in my Canadian travel. I’ve been to Canada a few times, but only to Montreal. I’ve never been to Toronto. It’s a new decade and before the 20s are over, I plant to visit! Hopefully I can get to some other places in Canada as well.

I won’t say more and give anything away, but I loved this show and was so glad that I found it streaming on Hulu. It’s also on Amazon Prime. The first episode is on YouTube, so you can watch it there for now too.

If you watch it, let me know what you think. Do you have any favorite time travel shows?