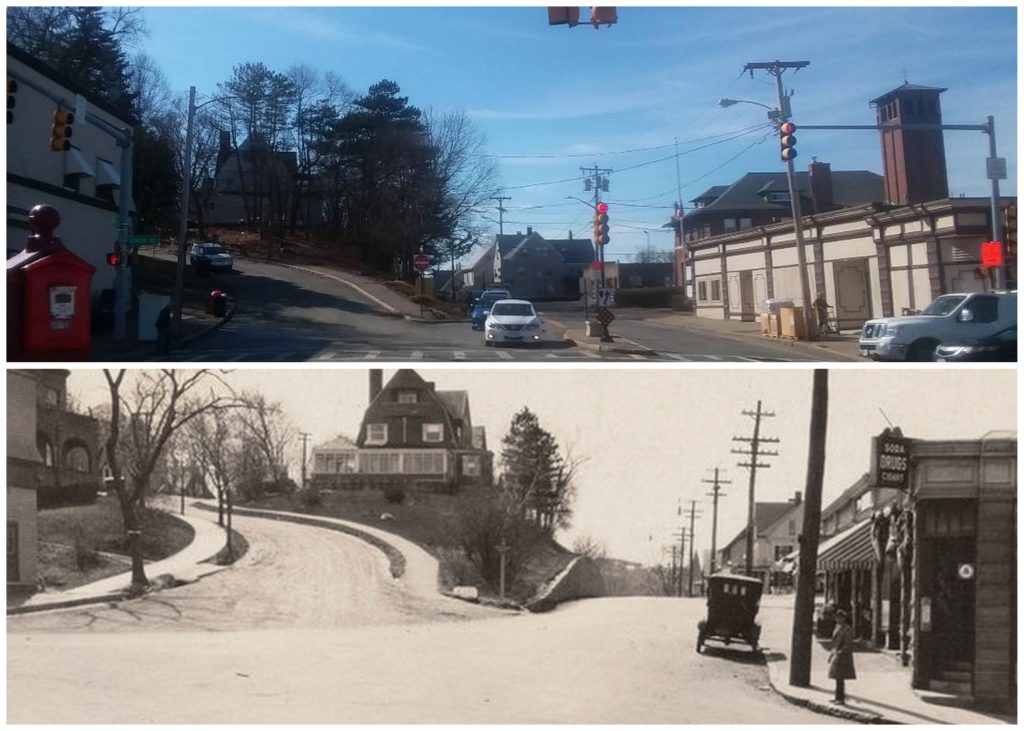 Have you taken a look at some of the old pictures of Massachusetts available online? Digital Commonwealth is a treasure.

If you’re familiar with Quincy at all, you’ve probably been at this intersection in Wollaston. You’d be standing on Newport Avenue looking at Grandview Avenue on the left and Beale Street on the right.

As soon as I saw the old picture, I knew I had to take a new picture to compare it with. The upper picture I took this past week. Quite a difference! But you can definitely see that it’s the same place. Just about one hundred years apart. Pretty amazing.

It was shocking to see that the building on the right used to be a drug store. I think it’s a fabric store now.

Grandview used to be a dirt road and now so many trees have grown that it’s hard to see the house behind them. Also, it looks like it was a two-way street. Now it’s one-way. There were no traffic lights back then and way less cars.

What a difference a century makes! Wonder what it will look like in 2118?