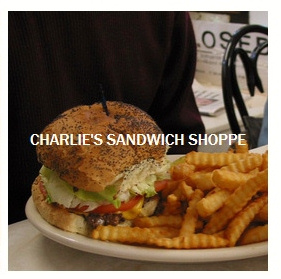 Seeing gas prices dipping so low has definitely made me feel more optimistic. Since President Obama’s approval rating has been climbing recently, I’m apparently not the only one feeling that way.

While much of the country is eagerly waiting to hear what the president has to say tonight, TIME decided to examine something a bit different – The State of Obama’s Plate. The article looks at his dining destinations in each state. Take a look to see all four destinations in Massachusetts.

Since he vacations in Martha’s Vineyard, most of the restaurants are located there, but Boston did make the list too with his visit to Charlie’s Sandwich Shoppe. While the landmark closed this past June, according to an article in The Boston Globe, it’s supposed to open again this year. We’ll see. Maybe President Obama will come back for the grand opening for some more dining in the Bay State!