Scroll down for updates. 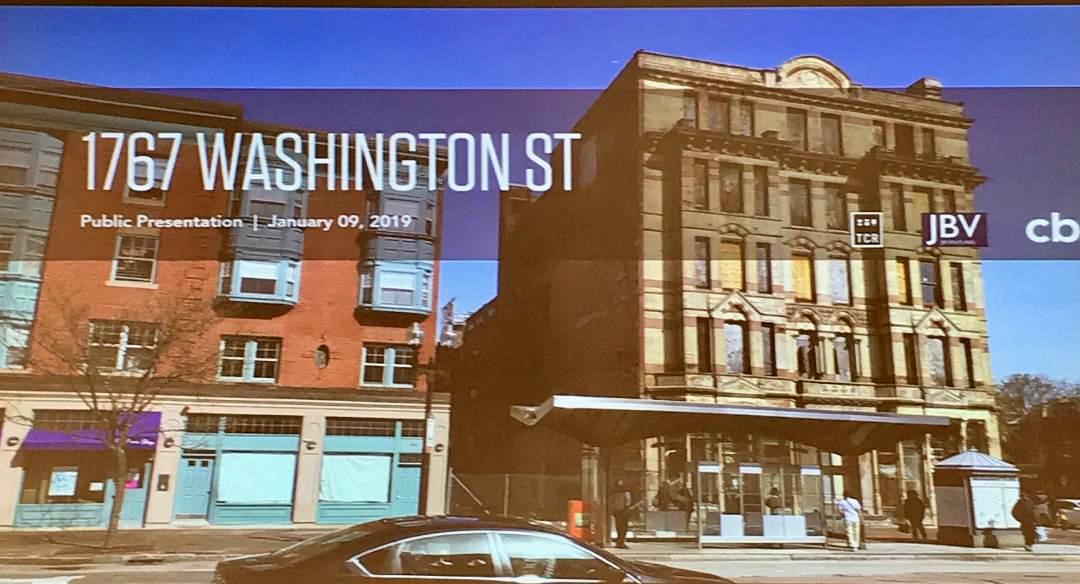 You know that specific period of time when lottery jackpots get higher and higher?

Frenzy reaches a fever pitch. Reporters ask random people in line buying lottery tickets what they would do if they win.  Most people mention that they would pay bills, buy a car, help their families, go on vacation, give to charity. Pretty normal stuff. Nothing too exciting or specific.

Maybe they have more detailed ideas in mind, but don’t want to share them. I would do all those too, but for about 30 years, I’ve had a very specific thing that I fantasized about doing.

I would buy the Alexandra Hotel on the corner of Washington Street and Massachusetts Avenue in Boston. Then I would restore it. Live in it and run a Bed & Breakfast in it as well. My scones would be on the breakfast menu everyday!

I have never felt a more magnetic pull to a location than I did when I first noticed the old Alexandra Hotel building. Although, I did love the Wollaston Theatre too. But I never truly wanted to own it.

Since the 90s, I have failed to win the lottery, but I continued following the building and always thought something would be done. It’s a majestic presence that has been woefully neglected for such a long time.

When I learned that the Church of Scientology owned it, I thought that I would see construction. But it never happened. The blight remained. The church agreed to sell it eventually and there were several possible buyers. But the sales fell through.

Now there is a proposed renovation project and a possible buyer for the Alexandra Hotel. I read about this latest development just in time to attend a public meeting last night. It was a full house and the audience was lively, filled with many community members and city officials.

Andrew Wang of CBT Architects gave the presentation showing possible future plans for the hotel. Jas Bhogal of JB Ventures answered some questions on behalf of the investor group that currently has ownership of the proposed project.

The project proposes to retain and restore the facade of the building, construct a new approximately 150 room, twelve story boutique hotel, with a restaurant and cafe on the ground floor, outdoor seating and a rooftop bar/restaurant.

The cost to restore the facade alone is 9 million dollars and right now the anticipated cost of the new building is 66 million dollars. Jas stated that the number of rooms is the minimum needed in order for the project to be “successful.” The rooms will be very small and they will need a variance from the zoning code for the proposed height.

Many issues were discussed and some key takeaways are below.

1) The project is not using historic tax credits, but there are still standards that need to be adhered to based on the historic nature of the building.

2) Ownership is currently private, but additional investors are anticipated to be added to the project. Right now ownership is not open to the public. Community members hope that they will have a chance to buy in and have ownership and participation when the project is complete.

4) The Silver Line stop in front of the property may be moved slightly in order to allow for picking up and dropping off. There will be no designated parking area, but there will be valet service.

6) Neighbors are concerned that the height of the hotel could block the sun and cause shadows on their homes. There will be a shadow study.

7) Someone from the building and trades union was there and mentions that he hopes that the jobs offered will be good paying permanent union jobs. The sentiment was reiterated by Councilor Janey. There was discussion that the hotel union should be involved as well.

8) If everything goes according to plan, work will start this summer and will be finished by the spring of 2021.

The comment period is open until   February 13, 2019 and comments are encouraged.

It will be interesting to see if this will be the winning project to go forward and bring the Alexandra Hotel into the 21st century. I still love this building and have secretly believed that the reason none of the attempts to restore it worked were because I’m supposed to own it. Well, time will tell. I still have a lottery to win and it needs to be a big one.

*Updated 12/14/2019*  When I first wrote this post, almost a year ago, construction was to have started this past summer. From what I know, it does not appear to have started. Things appear to be behind schedule. In October, The Boston Sun reported a “lawsuit has been filed by the Tenants Development Corporation (TDC) against the Boston Zoning Board of Appeals (ZBA) regarding their decision to approve the Hotel Alexandra rehabilitation project.”

As I mentioned before, this property is my obsession, so I will keep you updated!

*Updated 5/14/2020*  Since COVID-19 has brought most everything to a halt, including construction, I was curious what was happening with this project. The last I had read, there was ongoing litigation. According to a December 26, 2019 article in The Boston Sun, the parties reached a settlement. However, it’s unclear what’s happening with the project currently. The BPDA website has a question mark next to project phase.

*Updated 12/4/2020* It looks like the brakes are on this project and the property could be up for sale again, according to a September article in The Boston Sun.