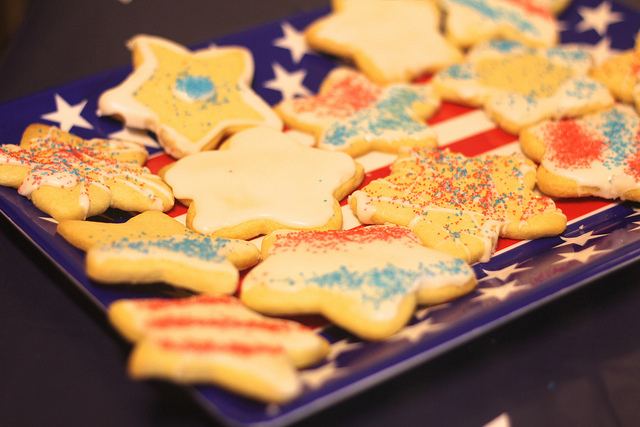 Today is the day! Time to vote! I hope you make your way to the polls today to take on your civic duty. I’ll be voting tonight. We have a big race for Governor here in Massachusetts and several important ballot questions as well.

Many people look forward to Election Day bake sales held at their polling locations. Quincy seems to have them sometimes and not others. I’m curious about the history of these bake sales. How were they were started? All over the country, small local organizations raise money this way and it’s a nice tradition.

However, I just learned that Election Day bake sales are illegal in Rhode Island. At least according to an article in the Providence Journal.

PTO President Lisa Gibb said that they have been holding bake sales for years when elections are held at the Edgewood Elementary School in Cranston. She was told by Executive Director of the Board of Elections, Robert Kando, that according to Rhode Island law, bake sales are not allowed.

He said Statute 17-23-17 says, “Any person is guilty of a felony who willfully hinders the orderly conduct of any election.”  The article continues.

Kando said, “The key here is the board, and the state of Rhode Island, want to have smooth elections. State law prohibits any events that hinder elections.”

That includes bake sales, he said. “If somebody is running a bake sale, and it’s interfering … the only events that take place at polling places is voting,” Kando said.

Kando added, “I find it disturbing that somebody thinks there is something more important than voting on Election Day ….

Well, alrighty then. My feelings about bake sales and elections are probably a bit more similar to those of Tim Duffy, Executive Director of the Rhode Island Association of School Committees. According to the article, the baked good ban made him chuckle. “This is the first I’ve heard about it. No Girl Scout cookies, that’s undemocratic.”