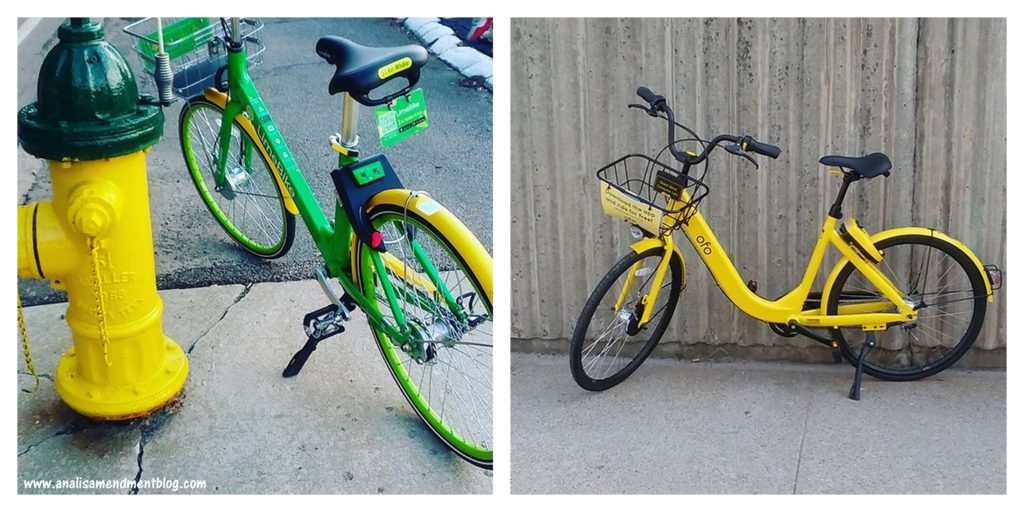 Competition between bike-sharing companies is heating up in Quincy. Back in late May, early June, I first started seeing beautiful bright yellow Ofo bikes popping up everywhere.

Soon after, I downloaded the app and looked forward to trying it out. A free week was even offered. I proceeded to never try it. Finding the bikes was very random and the timing never worked out.

Recently, I started noticing pretty lime green and yellow bikes around the city. Then I received an email from Ofo stating that they were leaving Quincy. That was quick! 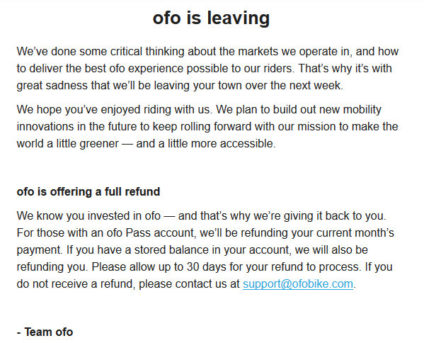 An article on Quartz, states that Ofo, which is based in China, laid off many employees in North America and is dramatically scaling back its US operation.

Ofo told team members on a call today that it is “going into sleep mode” in North America. Chris Taylor, a former Uber employee hired by Ofo to lead its North American operations in October 2017, announced his departure from the company a few weeks ago.

Ofo confirmed the layoffs to Quartz. The company said it is not vacating the US, but is reorienting to focus on markets that will help it become profitable. Ofo plans to maintain operations in US cities including Seattle, San Diego, and New York, where it recently was selected to participate in a dockless bike-share pilot in the Bronx.

Well, no need to worry, because Lime is here in Quincy now. According to their website, they also have electric scooters and electric assist bikes.

We’ll see how long Lime survives here. Bike-sharing companies are all the rage now in the Boston area and all over the country in general. Hopefully, I’ll get a chance to ride a bike soon. I loved riding my bike as a kid and miss it.

Will Lime survive into the next season? Who knows? But if Lime leaves along with the falling leaves, there seem to be plenty of other bike-sharing companies ready to take its place.